Thanks to a nifty Canon 700D and an intern for the summer, we get  to have some behind-the-scenes images for this cosplay shoot. Our usual BTS guy Aly was out on a family vacation, so she had some big shoes to fill.


We shot behind Raffy’s compound in San Juan. This was a homecoming of sorts, since we really shot in his garage, room, etc… way before we were doing our shoots in Edifice Studios.

It was quite the hot and humid afternoon (like most days during these summer months), so you could just imagine how hot it must be for our model walking around in a yellow trench coat. We had to wait out the afternoon until it was quite tolerable to hang around. Even then, we were putting 3 fans on Bea just to make sure she look good for the part at all times. There was the occasional retouch, but her make-up held on.

Been doing studio work for the past few cosplay shoots, so this is a welcome return to something familiar that we haven’t done for quite awhile now. I actually love the challenge of lighting up an entire area. I don’t mind doing something like this again for the next cosplay concept.

Jubilee was one character I’ve been wanting to do for the longest time, but haven’t really met the right model for it, until this opportunity came along.

I met Bea by coincidence in a print-ad shoot I did for BPI some time back. I guess I got too caught up with the shoot before I realized she would have been a good candidate for Jubilee. It was only when the ad came out when I connected the dots, and made the decision from there. I was still flip-flopping around the idea if were to seek her out, but I had nothing to lose in asking, right? I went out on a limb to find out who she was, given that my only lead was her first name, and that I worked with her in a print-ad.

In the end, it was a pleasant surprise she actually agreed to this shoot, given we only met once, and it was for work even. 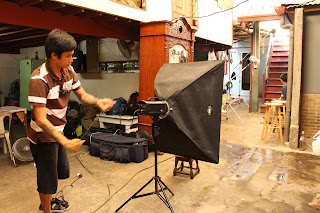 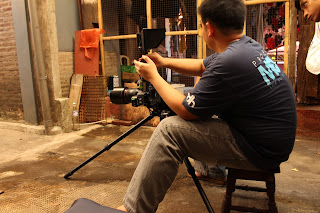 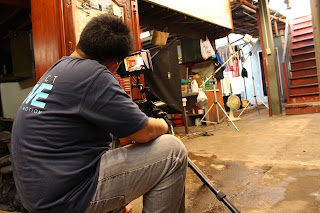 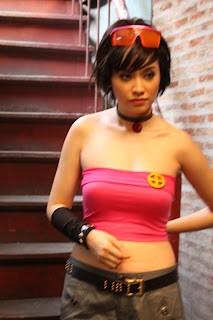 Overall, the shoot lasted about 4 hours including make-up, wardrobe and putting eight lights in the scene. Then we had hotpot in Raffy’s kitchen for dinner. It was an awesome way to cap this shoot.

Bea by the way is a fashion / beauty / horror-flick blogger, so do check out her page too. Check out my youtube channel for your regular glimpse behind the scenes! While you’re at it, drop buy the online store and get goodies from your favorite models!