Skip to content
It’s a tandem cover issue for June! Asides from WH cover with Maja, I also got the privilege of shooting the cover of Men’s Health for the same month, this time with Brazilian-Japanese model Daniel Matsunaga on the cover. This is a rather short post for the lack of behind the scenes images. I was only able to grab one shot from Glen, MH’s veteran art director. 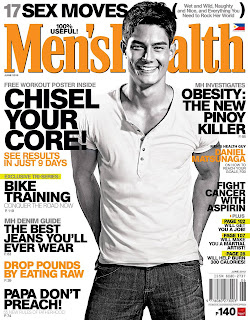 Had to wake up damn early for this one, since the sun would already be scorching hot by 8AM. After more than usual shot of caffeine, it was a fun shoot with Daniel who was more than game to kick the ball around the entire field.
For more images, grab copy of this month’s Men’s Health! 😀
14.5371666121.0553152