Skip to content
Last weekend was the Canon Photomarathon held in BGC. This is the culmination and the largest of the photomarathons held every year around the country.
It was also the same weekend as Komikon 13, but since I had a shoot in the morning, I couldn’t split myself between 3 things happenings during the day. My shoot finished just in the nick of time before my scheduled talk that afternoon, so I made the mad dash the moment we wrapped up.
Everything was such a blur that weekend, I wasn’t able to take as much photos. 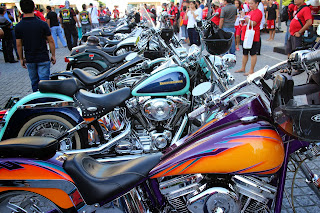 Cool Harley Davidson bikes on display in the middle of Bonifacio High Street. 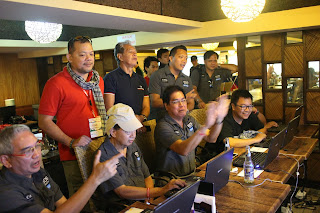 Fellow brand ambassadors in the judging room. Images were selected and debated for hours as they trickled in. The DLSR category had more than 1,000 entries combined. That took awhile to finish, and that’s already between 10 brand ambassadors going at it all afternoon / evening. 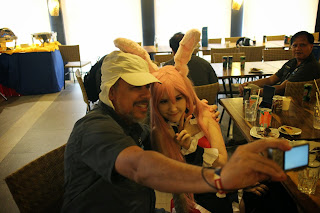 That’s fellow brand ambassador Wyg Tysmans getting a shot with our cosplayer model Kristine for the afternoon. 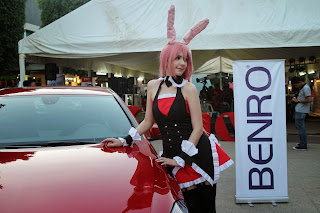 Courtesy of Benro, I gave a live shoot tips and tricks session with Kristine at the Mercedes car on display. Doc Marlon also happened to be there and jumped into the action as well. Her red and black costume was quite a coincidence with Canon colors too. Hehehe. 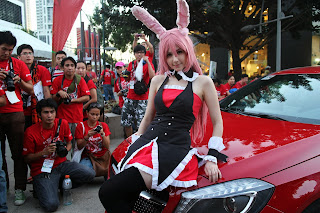 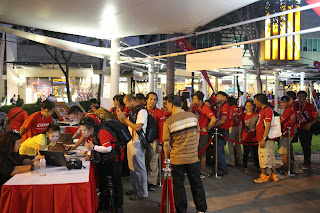 People were lining up in the downloading stations submitting their entries for the 2nd theme. 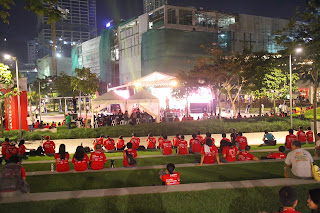 There was the mainstage held at the amphitheater-like setup in BHS. I guess they turned off the ground water fountains. 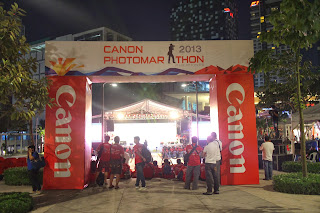 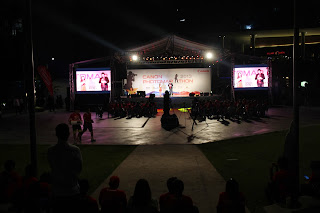 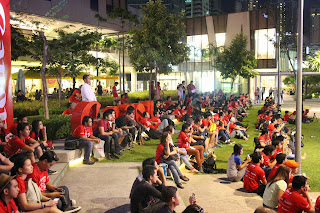 Too bad I had to leave before the awarding ceremonies but congratulations to the winners nonetheless! See you guys at the next Photomarathon!