Skip to content
I had the chance with work with Rima on a print-ad for a mall some time back, and thought she fit the bill for a Great Gatsby concept that was brewing in my head for quite some time already. I called her up and good thing she was game enough for these kinds of shoots.

In case you’re curious on where we got the backgrounds, they’re actually upholstery fabric from places like Shell Canvas. I had them cut and stitched in a manner to make them horizontal rather than just following the original cut of the fabrics. Look for the “ritaso” / surplus sections at the back where they hold sale of fabrics that aren’t enough to make an entire sofa set. 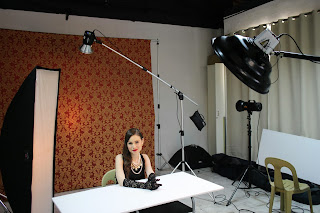 This is the first formation for the Mola. This is a modified setup of a beauty shot, having a background spotlight and soft diffused highlight coming from camera-left of the image. 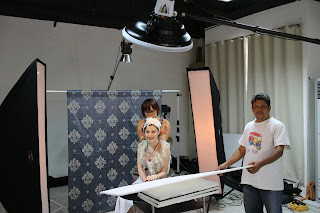 As for the next shot, I adjusted the Mola on a higher angle, added one more strip box kicker light on the right. 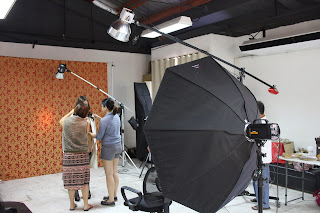 The last layout was inspired from this image:

Of course I wouldn’t exactly want to copy the same image, but get the vibe of it nonetheless.
More behind the scenes, courtesy of Ara: 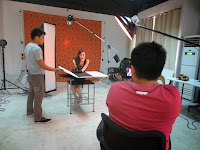 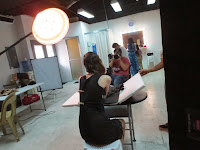 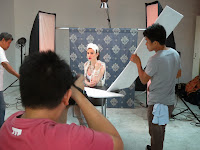 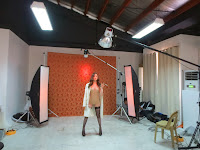