Skip to content
It’s been awhile since I last posted on this blog. Been caught up with work over the past months, and not to mention working on Geekology 2.0. I did squeeze in some model test shoots in between work. To keep things simple, I only used one light for all chances I got lately.
Though not as complicated as lighting setups used in advertising, it does offer “play time” in terms of emotions, poses and more interaction with the model.
Having one light shouldn’t be a limiting factor in doing beauty and glamour shoots. More often than not, most of the stunning beauty / glamour shoots we get inspiration from were done with one light. One of the key factor is position. This is determined by the light’s height and degree of tilt towards the model, and its placement around the model relative to a circle. The other is texture, depending on what kind of accessory you put on that lone light you have. This is either a harsh or soft light, and everything in between.
When working with one light source, it doesn’t mean that it is the only piece of equipment you are limited to. You could still get a “fill” light and “highlight” with the creative use of reflectors to boost or temper down the texture of attachment you used on that light source.
All the setups were based on the key light position of the Paramount Setup with some creative license of placing it behind the camera.
For the first two samples, I used a Mola beauty dish placed in a boom and hoisted high, but directly behind me. It was higher than the model, and slightly tilted down for that downward shadow cast. To temper down the shadow, I had styrofoam as a reflector placed under the model directly angled to the ceiling. 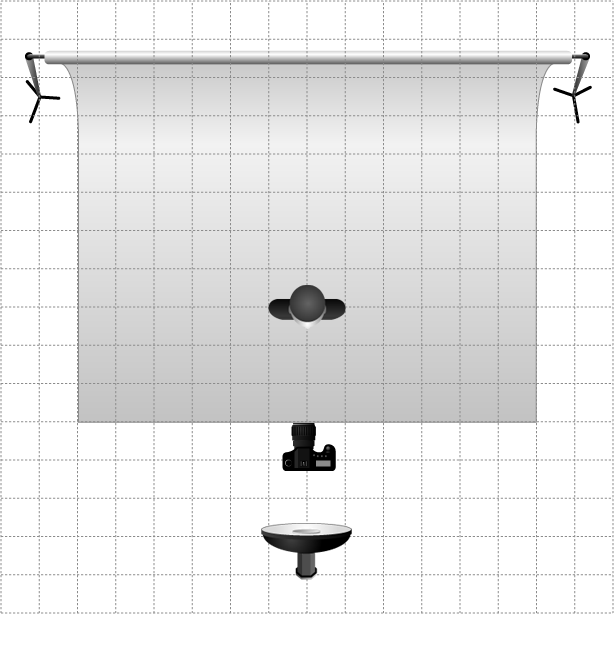 The next four had a small strip box and square soft box respectively. Since a soft box provided a more diffused throw, the shadows were softer. 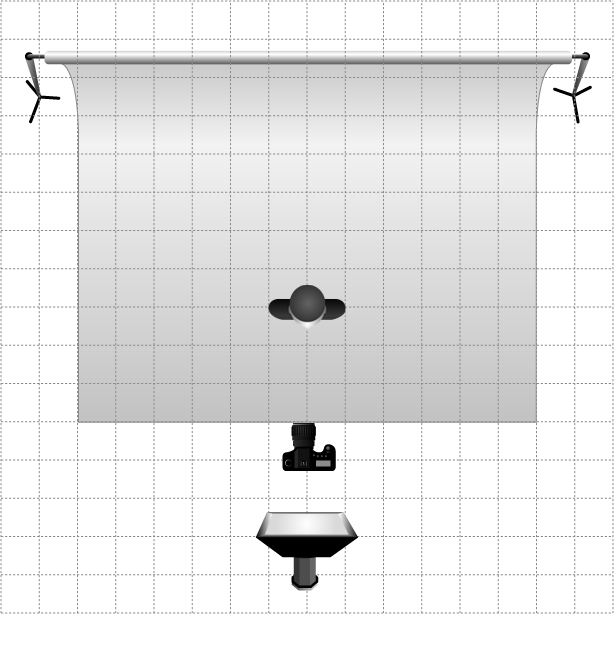 Both sets utilized the same gray background, but you can change its shade by placing the model closer or farther away from it, and letting the lone key light under expose as you wish.