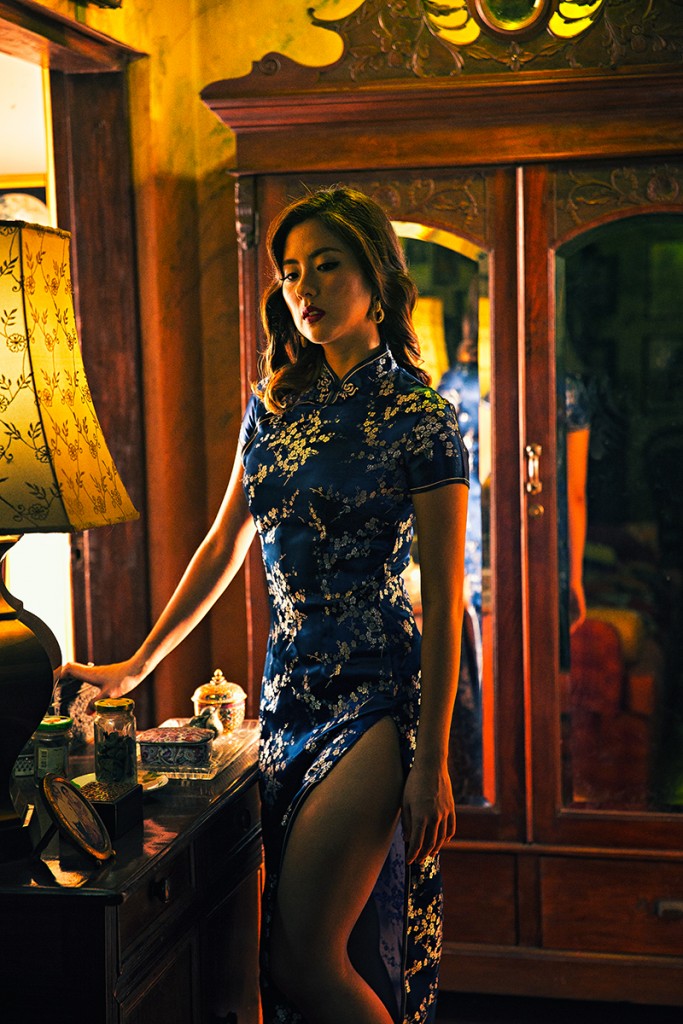 Coming up with a calendar with Jinri started out as a little “social experiment” of ours — then it became a small tradition we have kept for three years now.

I wouldn’t even consider this a lighting tutorial, but more like a lighting challenge. Wong Kar Wai has been one of my visually inspiring directors. His moves are well art-directed to frame, and the colors are uniquely his signature. I have been doing countless techniques in replicating the look and feel of his movies for quite some time, which often results in failure. Well at least for me.

The biggest challenge was location. These are the kinds of shoots that cannot be done in a studio. Only a proper location can bring the right textures, colors and grit into an image. You also rely alot on natural light, and the kind that is also reflected from the surrounding elements.

The house were we shot in was about 50++ years old, and intentionally made to look older that it seems. At first glance you would immediately notice the history; this house has been through generations. The wallpaper has been ingrained into the house so much, to the point of fading. Furniture is made out of old heavy wood. The kind that has been dunked in and coated with so many layers of varnish. Paintings and picture frames adorn the walls, leaving no empty space. Sitting on top of the furniture were small odd bits and items of stuff gathered over the years. Every small cranny was used and placed with something else. It comes out as a maximalist look, which gave the scene so much character to work with.

So for 2015, we thought of getting inspiration from Wong Kar Wai’s movies and come up with our own take. 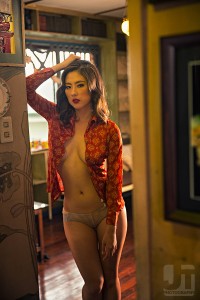 Let’s single out an image, and probably my favorite in the entire shoot…

As you could see, there’s no rocket science involved in the lighting setup but the location gave most of the texture in the shot. My settings were opened up to F2.8 and I was shooting in a relatively high ISO (1600 to be exact). This allowed for as much natural / ambient light, while tempering down the strobes. The light that gave the highlights on her camera right is also the source of my “key light” from the luster reflector. There was no direct light on Jinri except for that slice of highlight. The left stripbox was powered to its minimum and served as a minimal fill. I actually never used it in most of the shots.

Old Hong Kong movies have this yellowish / greenish tinge, and it’s not really done in post, but rather with the quality and reflection of the light around. The house had lots of old-school incandescent bulbs, which are warm. Mix that with green walls and a green lamp, it makes for a color graded image right off the bat. Whatever we did in post was just a boost for the effect.

As of writing, the calendar should already be with The Big Boys Store, the exclusive distributor of the calendar ever since.

One thought on “Lighting Tutorial: In The Mood – The Jinri Park 2015 Calendar”