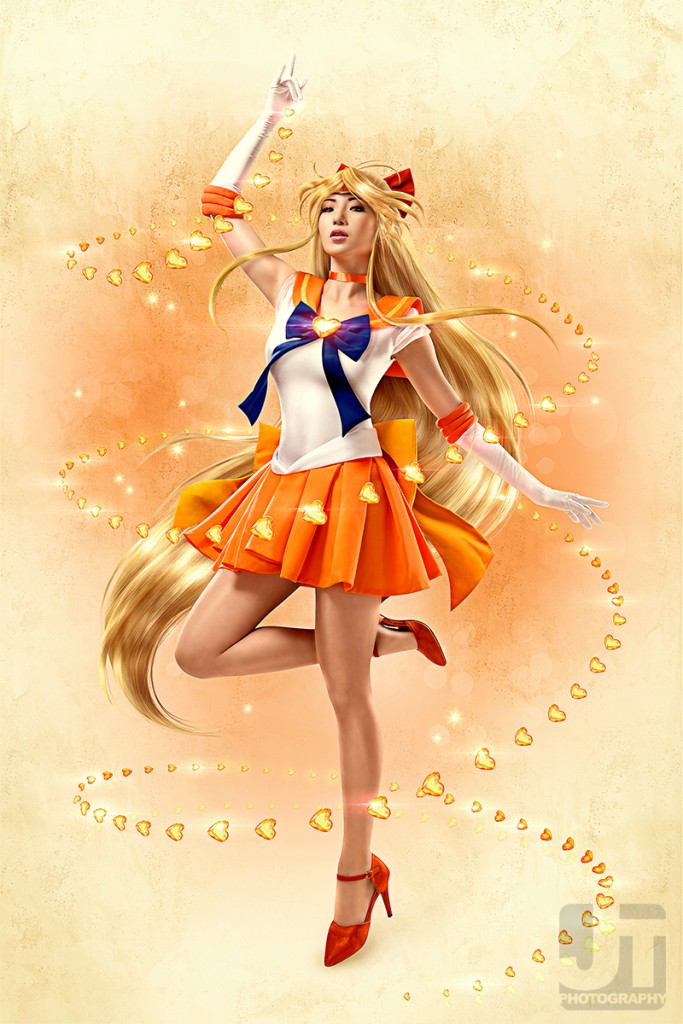 Our Sailor Moon x Pin-up girls series have been on-going for quite awhile now, but I just thought of spending time and writing how the concept was created before I completely forget about them.

I’ve written a good deal about this in Geekology 2.0 (still available in National Book Store, shameless plug), so I’d be referencing some ideas from the book.

We wanted to give a different twist to shooting contemporary cosplay, and thought of using some historical homage to come up with something different. Alot of these characters were inspired by some form of history or past literature, and it’s just a matter of digging more of that connection and incorporating those into the current concept. It’s an attempt for us to introduce established characters in a new, yet still familiar environment.

If you’re savvy enough in social media, you’d come across content floating around on “Disneyfied” versions of other properties / franchises. It follows a similar logic.

A creativity exercise Raffy and I used to do is Mind Mapping. This is when you want to merge two seemingly disconnected concepts into one thought. Take Concepts A and B. For each concept, write down as many words related to it as you can. You can time yourself if you want. The 1st round of words you write are of a 1st degree connection for each concept. Expand the 1st round of words with other related terms about it, and start finding out if there are similarities between words you are able to come up with between the concepts. Words that connect the concepts is your concept bridge. From there, try to produce visual equivalents of that bridge, and see if you incorporate said elements into one final image.

The full length of the Mind-Mapping exercise could be found in another blog entry. I highly suggest brushing up on that before proceeding.

So what does Kurt Kobain got to do with Ghandi? Semantics (religious or musical affiliation) aside, both are connected to the word “Nirvana.” As absurd as a connection made, it is still a connection. You have to unlearn attaching meanings to the words, and just use them for what they are on a literal level. Then make your connections from there.

Literally translated to “Sailor Outfit”, such designs started appearing in Japan in the 1920s. One school in Fukuoka, Fukuoka Jo Gakuin claims to be the first to introduce the uniform based on the British Royal Navy. The fashion intent of these uniforms were to invoke military-style roots. Of course, it has come a long way since then in terms of variations and design sensibilities.

More history on the sailor fuku could be found here and here.

The popularity of the pin-up as a concept actually had its roots more in function rather than form. These were images of popular glamour models of the time informally pinned up against walls as calendars or as advertisements in the days of burlesque. They were wildly popular during both World Wars and served as a “warming” memento of sorts for soldiers on the front lines. Artists such as Alberto Vargas were so associated with genre that people nowadays tend to think the terms “pin-up” and “Vargas Girl” mean the same thing. If one were to dissect the concept of pin-up, it would be the perception of women, sexuality and a public display of that time repackaged into a visual art form.

Gil Elvgren is another popular artist, where I based the “look and feel” of our Sailor Moon cosplay shots from. Over time, execution became synonymous to the concept.

Is there a connection between the sailor fuku and pin-up girls? If you apply the same word-mapping exercise connecting Kurt Kobain with Ghandi, you can establish a connection with a little bit of history-digging.

An execution of pin-up and sailor fuku designs draw their inspiration from the military. This became our take-off point in merging the two (2) ideas. What about the military aspect of both concepts could we use?

The take away at the end of the day is not getting stuck within a particular character’s “world.” It’s about drawing upon the history / literature sources, and adding more of them into the mix for a new look.