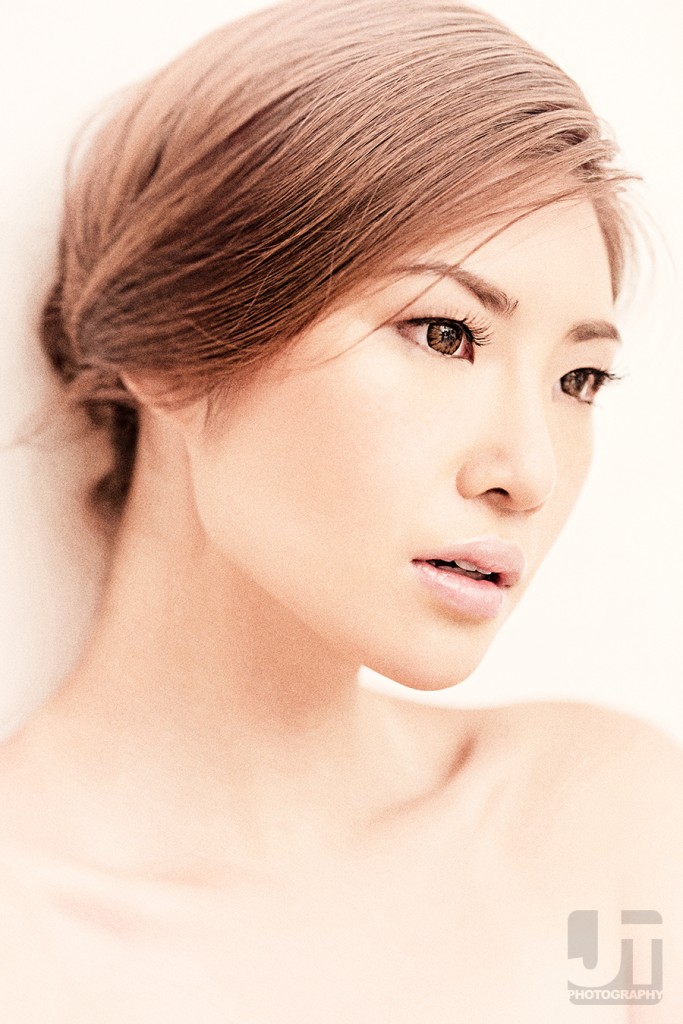 Chelsea is one of our regulars in our test shoots. It always a pleasure to have her in front of the lens every time. So whenever we just wanna play around and do something fun, Chelsea is quick to be on board. She also makes an excellent muse to dress up in cosplay too.

Most of the lighting setups are done with a single light source. I also got to pick up some tricks of the trade from Dix, a fellow photographer who was shooting in the same session. It also helped that he owned the studio, and knows the light reflection behavior in the place. The beauty shot above is one such sample. To make an effect ultra soft, he was bouncing softboxes against the walls and ceiling then using a styroboard as reflector for the underside. You may have to up the ISO and open up the aperture for this effect though.

But the technical moral lesson of the story is familiarity with venue. No two lighting formations would yield the same result even if you’re using the same kind of lights, and approximate the setup done in 2 difference studios. How light would bounce against the walls, and around would play a subtle but key factor in the final result. Much the same way as sound has reverb.

Started experimenting with “double exposure” shots using a plug-in. I seldom get to use this effect since not all shots are applicable.