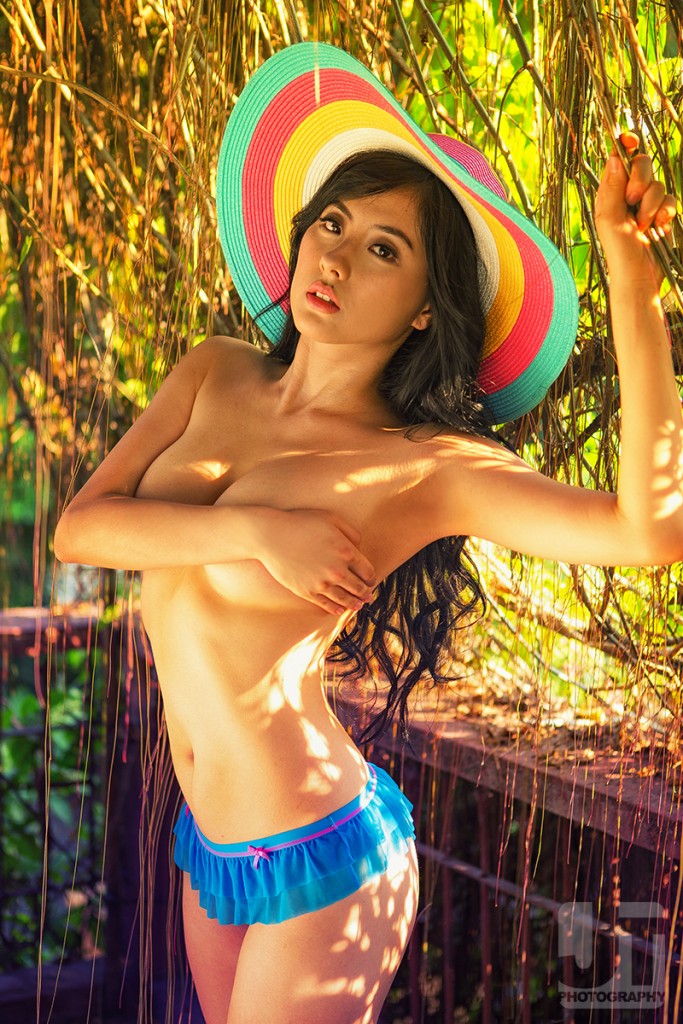 If you want to be a geek about it, the word gravure is an actual printing method originating from europe known as rotogravure. Whether it was from France or Germany, let’s leave that debate aside, but what’s important is how it ended up in Japan. You know how the capability of the Japanese to eventually embrance anything of outside influence and make it their own, right? So the term gravure became a wasei-eigo in their colloquial language.  Most of the printing of these gradols (a mashup of gravure idols) back then were done with the rotogravure method hence the term eventually stuck. Much the same way “Pin-Up” was coined up as the posters and/or calendars at that time featuring these girls were pinned-up against the wall. The medium or usage became synonymous with the content.

Who can be a Gravure Idol?

Here’s on article that basically sums up what is the modern day definition of a gradol, and not all models can pass a one. Not a lot of western models make it out a gradol candidate, perhaps out of creative direction in their images or how they are projected to be. For one, gravure idols exude a particular cute, innocent yet sexy appeal vs. Western models who are quite overt with their sexuality. Not all gravure images have to be in bikinis or lingerie either. It is also driven mainly by the situation the idol is in. But this is not to say models abroad can’t do the same look (e.g. Kate Upton). Personally, I think this gravure phenomenon is something uniquely Japanese, and no other Western mainstream media could replicate the exact look and feel. Nowadays though, it’s no longer limited to just Japanese models, as a good number of Asian models particularly from Korea, China and Taiwan have started coming out in the same manner. This is more of an Asian appeal from a model’s standpoint.

Being a frequent traveler to Japan, such books piqued my curiosity especially since I get to shoot for men’s magazines on a regular basis. I went out on a limb and started experimenting by getting model friends who fit the bill when it came to the look. Given our local inclinations to what is beautiful has been heavily Westernized, it was quite a challenge searching for the model with the right factors to start with. Sure we have more than our fair share of chinita beauties locally, but most are still influenced by Western standards of modeling. It wasn’t until I went out on a limb and spent a weekend shooting Jinri in this beautiful beach house in Tali. It was quite a gamble producing a shoot with no assured publisher, but I was determined to make this work. I needed a proof of concept, and Jinri was the perfect candidate (and game enough) to work with me on such experiment.  I then setup a meeting with Summit Media, and pitched the idea to them not expecting anything. If it didn’t work out, at least I had a lot of pictures of Jinri to use for whatever content. Without her paving the way, we wouldn’t be enjoying gravure-style photography anytime soon.

Fortunately, four (4) published books after, I guess it was a pitch that paid off.

As of date, we have six (6) titles combined in both print and digital mediums.

In Japan, gravure books are the way for models to make their debut into the scene. You would see an entire shelves of books dedicated to them in bookstores like Kinokuniya. Economies of scale or perhaps the local industry landscape makes it a challenge to just print out a book with up-and-coming models and expect people to lap it all up like koolaid. So for that, we had to shift our efforts to digital publishing such as Buqo to get the titles out faster.

We do have some limited print editions of these gravure books here.

Even at this point I can’t say I’m a master in shooting this sexy sub-genre, but I do get to notice some pointers the more books we have been producing. Each book has been an additional learning experience. We try to apply these in the books that followed.

From a photographer’s perspective, gravure was something unique for me to tackle the first time around. Contrary to the usual path of learning photography, mine was quite the reverse. I started out shooting with strobes before first before getting comfortable with natural light. Shooting gravure meant using natural light more than half the time, so you could see where I’d be grasping for help here. Even with The Jinri Experience, I had to resort to using strobes in particular scenes and had to fake natural light.

One typical gravure book shoot can rack up to about 3,000 images at a minimum, and not all of those make it to the final cut. Initial selection whips it down to 300 or so, then from there about 150++ eventually land in the pages. But more than the imagery, it’s about storytelling. You have to tell a story using images alone. The usage of copy / text is sparingly at best. Unlike notable magazines such as Sports Illustrated, Maxim, FHM and even Playboy work on what I call an editorial burst. Models get a limited amount of pages and images since these full-fledged magazines are not just about photos alone. The resulting creative intent are more standalone per image. Each scene is well-setup and from a discerning eye, you can tell the model is aware that she is being shot with a full crew behind the camera. Her expression of sexuality is strong and overt, projecting to the camera an elevated stature, seemingly unreachable to the common man. You can just oogle at the images and that’s about it. Of course there is nothing wrong with that, but now this is where gravure starts to creatively depart from. It takes the concept of shooting glamour and turns it inside out.

My weapon of choice for shoots like these is a Canon 5D Mark 3. I like how it is color neutral so I can make all necessary adjustments in my workflow. As for lenses, I jump between several, depending on the framing:

Every now and then though, there are images which I feel could use the high resolution of the 5Ds. On a side note, I might as well pull off some shots involving the EOS M3.

So for this 2016, expect more gravure titles coming out on a regular basis. I hope you guys enjoy!