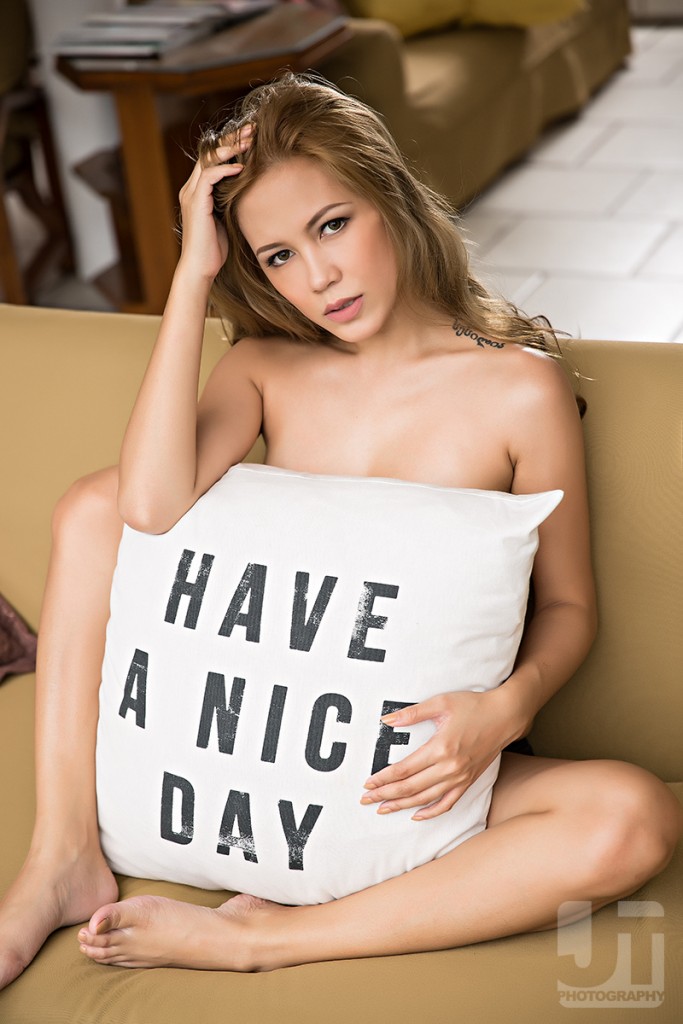 Kelly was featured in FHM Philippines last year with this shoot. So for you guys who missed it, here are the rest of shots and outtakes that didn’t make it to the magazine.

This shoot was a combination of strobes and natural light with the latter serving as the main source. I was using the strobe to give the highlights around Kelly’s arms and shoulders, just enough to make her pop from the background a bit. Now if there’s any nuance with natural light is time. You are working against it since there is no constant natural light. As the day progresses, light shifts from east to west, sunrise to sundown altering the direction, quality and color temperature. You could say  there are certain hours within the day where the light seems to be constant, but its changes are too minute to notice by the naked eye. What that means is you don’t sit on your ass thinking you’d be getting the same kind of shot thirty (30) minutes apart from each other.

Weather (we like it or not…pun intended) puts in a wild card into the situation. Since it was overcast for most of the day bordering on drizzling, the sun’s position was masked by the clouds. What I had was a huge soft box effect, which provided a constant look of the light for a longer period, though the effect wasn’t flattering on the skin since it was on a colder tone.  It was only game over when the sun finally starting setting down and the availability of light was cutting out dramatically. Color temperature sustained on the cold tone and just got darker.