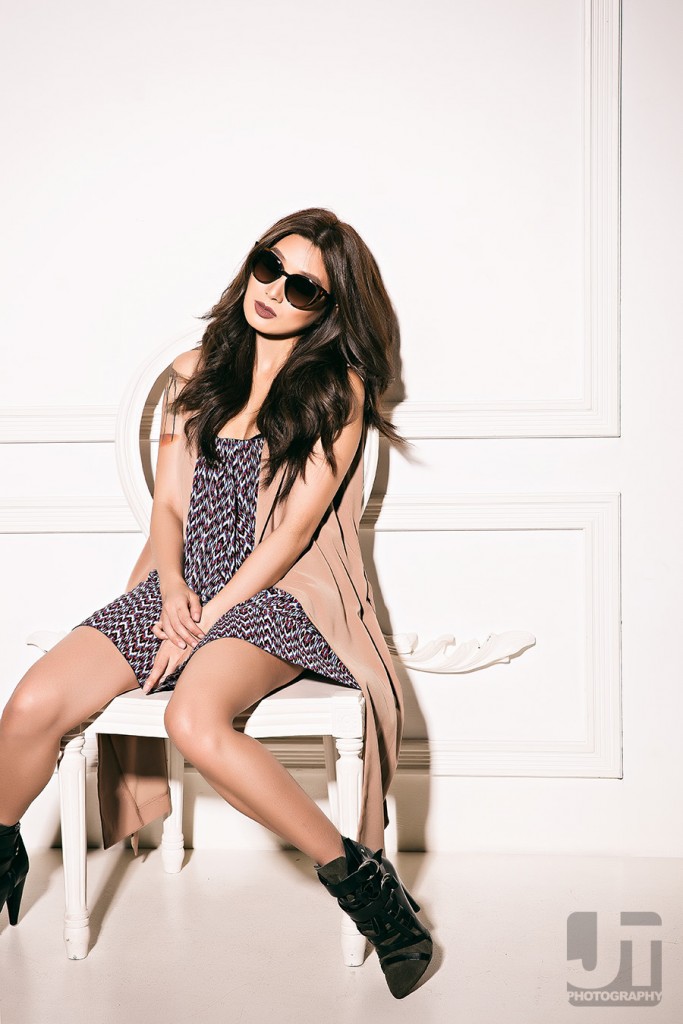 I would easily rank Nic is one of my regular favorites, if I could just shoot her more often. It was quite a small miracle our schedules aligned for one day given she has been jet setting all around for various singing gigs.  (More than just the pretty face is an awesome voice to match). I had the chance to shoot her years ago for FHM and then as an endorser, being the vocalist of an all-girl rock band. Last time I had her in front of the camera was for this fun shoot at Raffy’s house last year. We’ve been trying to schedule another since then.

Test shoots are a simple affair for me. No fancy lights or setups. The main subject is the model, and nothing else. From a rapport perspective, how the model’s eyes connect to the viewer make up more than half of image impact. Nicole has never failed in this department.  It’s the way she gazes at the camera that gets you hooked to the image no matter how simple it looks.  I’ve had my fair share of wannabe models who may have the body language, but have this “deer caught in headlights” mode. They should take notes when seeing Nicole at work. She poses like she means it. She makes awkward and lazy look hot.

Lighting-wise, I just used single sources on each setup but alternated between my trust Mola beauty dish, a long throw reflector and a 60″ umbrella softbox.  Now just because you have one light it doesn’t mean that’s the end of it. The creative challenge with one light source is all about manipulating other factors in the layout such as:

The various light modifiers part is quite obvious given how the light quality hits Nicole on each set, (i.e. observe how the shadow lines hit her). I also adjusted the curvature of the paper background as well as her distance against it to have the light taper off like a soft spot light. Getting more light and/or shadow on her was just an interplay between the light’s direction vs. reflectors and absorbers placed either adjacent or opposite the light source. Everything else is adjusted according to personal preferences. Post production on the other hand relies on the how thei images turn out. I never really have set a workflow for these, and usually just ride along on my gut feel when I have the photos in Photoshop already. Each set would end up having a unique look depending whatever I feel for the moment.