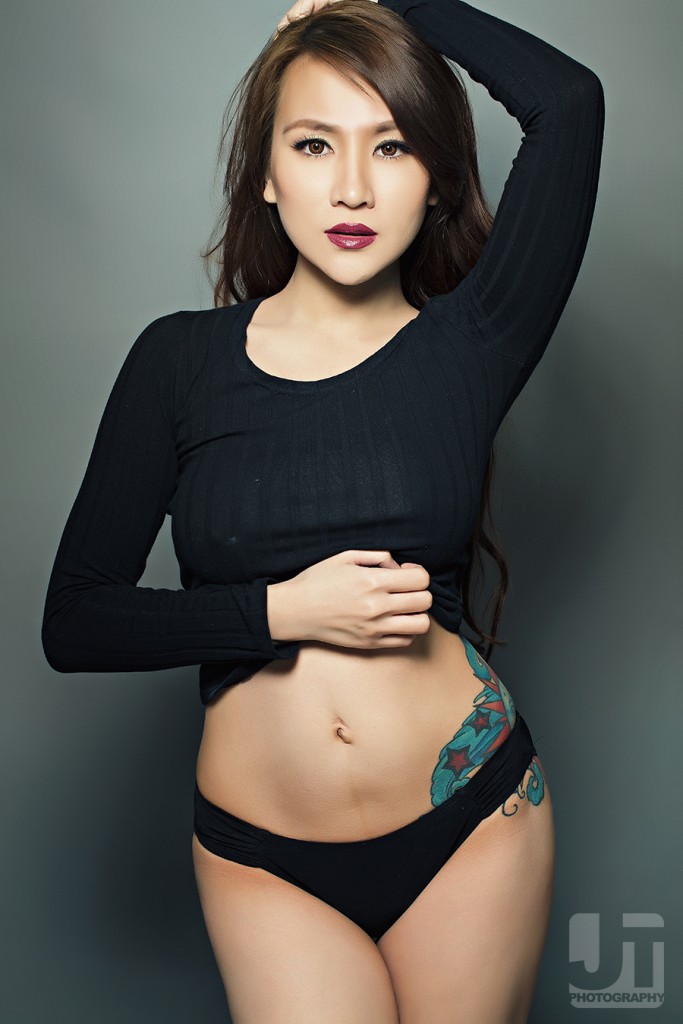 I was able to work with Tina in between shoot schedules in the studio that day, so here are some shots I was able to wrangle out in the few hours I had in her.  The studio we were in was rather small, but the way it was laid out and the kind of white paint used on the walls was a quick setup for some layouts. Did the usual harsh light set against it.  We also played around with the usual model-background distance ratio again to give me either vignettes on the shots and/or soft shadows in the background.

This was mainly shot with one light only, but I changed modifiers every now and then. I used a Mola beauty dish for the gray background set, and shifted to a harsher long throw reflector head for the white background series. The lights were always placed overhead flanking on a particular side to prevent a flattened out effect on the model.