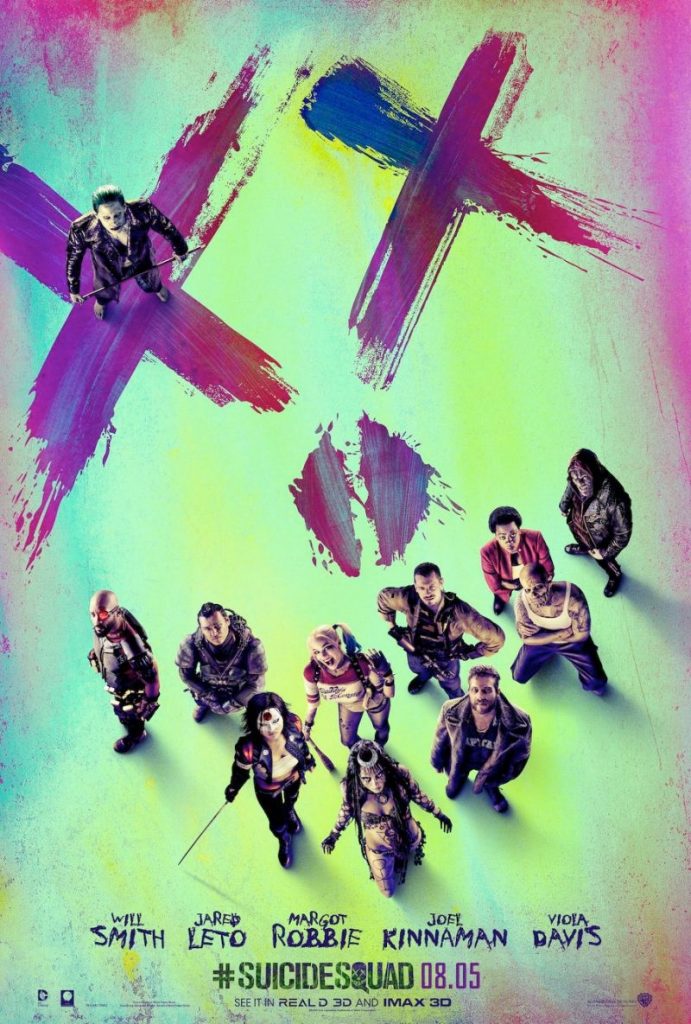 *** BEFORE ANYTHING ELSE, THIS LITTLE OPINION PIECE OF MINE IS SPOILERS-LACED. DON’T BITCH ABOUT IT IF YOU GO ON READING. ***

I’m not the type to get affected by critic’s reviews of the movies, and would watch something regardless. Actually, all this bashing of the movie got me more curious to watch it. Hence, on opening day, I squeezed the chance between meetings.

Off the rack, story-telling is lack luster. It felt rushed. Too many characters to introduce and take care of. As we flipped through Amanda Waller’s portfolio at the start, a good intro was made for Deadshot and Harley, but quickly died down for the rest of the squad. Captain Boomerang and Katana even came in as an afterthought with little flashback to fill in their backstory.  The movie tried hard to connect the characters to the audience only to fall short of explaining anything.  If you’ve been reading the comics, then perhaps your stock knowledge can fill in the gaps.

A huge chunk of the movie is all about the setup, but the rest of the movie was spent just walking around Midway City. The action sequences were nice when they were there, but the rest of time was rather boring to watch. Nothing really significant happened. It even slowed down when they all decided to go for a drink, while Enchantress was building whatever weapon she was building. Which is also another point of contention: what the hell was she making? And… how did they know it only took a bomb to destroy everything?!

I have to commend the actors though for trying to uplift and make use of what was left salvageable in the story. There is only so much Will Smith and Margot Robbie could do. Jared for the lack of screen time couldn’t make much of a dent. The rest of the characters are easily forgotten in the mess of the story. With one just being introduced while they about to deploy, only to be killed off when he dared to defy Ms. Waller in the middle of the mission.

A reasonable amount of fans and critics are complaining about the Joker — a lack there of, being one of the iconic villains in the DC universe. More so that it is Jared Leto, and as expected, his performance was top notch. The problem: this isn’t a Joker movie. It’s about the Suicide Squad. Hence, no matter how good a Joker he may put up, his role would really be a glorified side kick to Harley, at least for this flick.

Now there is also the absurdity we have to consider. I can understand the plot holes in the story, but there is a major mismatch between the anti-heroes and the main villain. Most of these characters are the brawler-type, often fighting on a street level. The Enchantress runs on a magical show. She along with the brother could’ve easily made quick work of the squad, but committed the dumbest mistake for the sake of pushing the plot forward and giving the team a fighting chance. Personally this, seemed like forced issue. They could’ve opted for another villain within the DC lore that has the same nature in terms of strength and abilities. Then it would’ve been a fair fight. Given the cameos of the Flash and Batman, I was starting to look for them during the final confrontation given the size of the scenario.  Heck, wish Wonder Woman was there, at least that would have leveled things off nicely.

I think WB’s biggest weakness is trying to play catch up with knee-jerk reactions rather than setting their own pace to tell a story.  They are trying desperately for the audience to feel for the characters who have only been introduced for a few minutes. Unlike Marvel movies, which took several years in the making.

That being said, I suspended disbelief and did enjoy Suicide Squad to some extent.