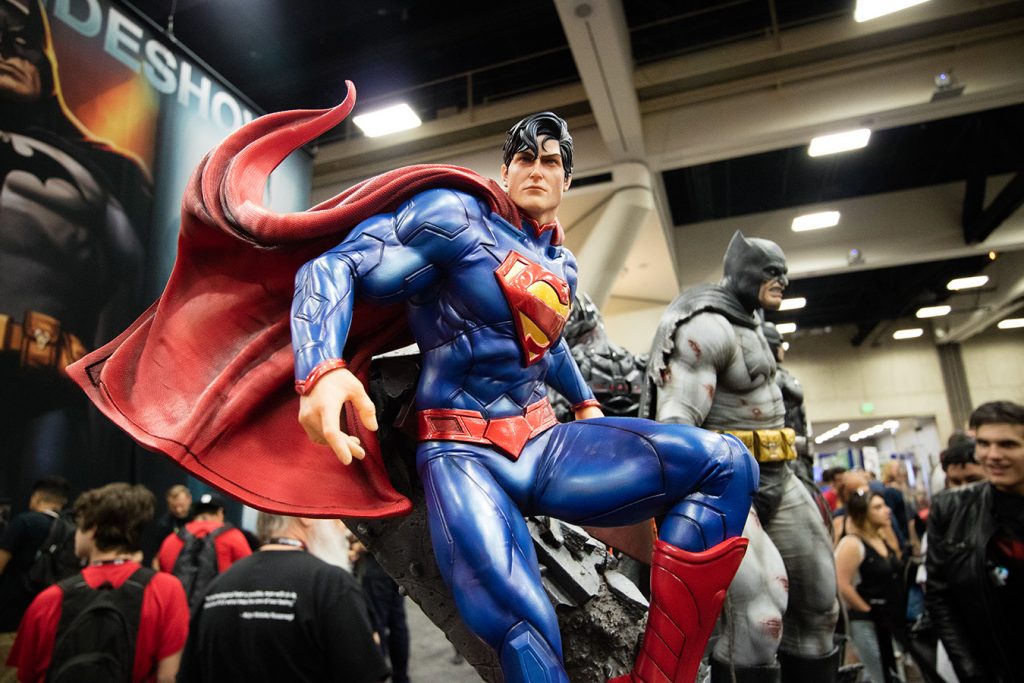 This has been my third year of attending the con, and it never fails to still leave me in awe. The pavilions of Marvel and DC among others are the mainstays, with a couple of relatively newer exhibitors to check out like the Adult Swim, Nickelodeon and Funko. Alex Ross’s “booth” is now full blown pop-up gallery with mezzanine level for VIP guests. The Walking Dead exhibit never fails to scare people with their camping ground zombie apocalypse scene.

The size of the con has been forcing it to explore other locations beyond the convention center such as the adjacent partner hotels, and the immediate Gaslamp Quarter.  Nintendo has sequestered an entire ballroom in the Marriott just for their gaming center. You can’t miss the huge Kirby at the entrance. Square Enix has an outdoor games arena on Fifth Ave., and there was even a roving Ecto-1 around the neighborhood.  The highlight of my con experience was the Final Symphony concert, held in the Copley Theater. That left me in goosebumps and tears.

DC let go of alot of trailers for their upcoming DCEU lineup. Most of which you can already see online. My friends who braved the crowds of Hall H, had the chance to experience them in IMAX-like screens surrounding the walls. Marvel of course had Dr. Strange, which isn’t really much of a surprise at this point. I’m not really a Hall H nor a Ballroom 20 kind of guy. I’m already happy attending those nondescript panels veering more into the technicals of things.

Well, here’s the hodge podge of stuff I saw during this year’s con. Enjoy guys!