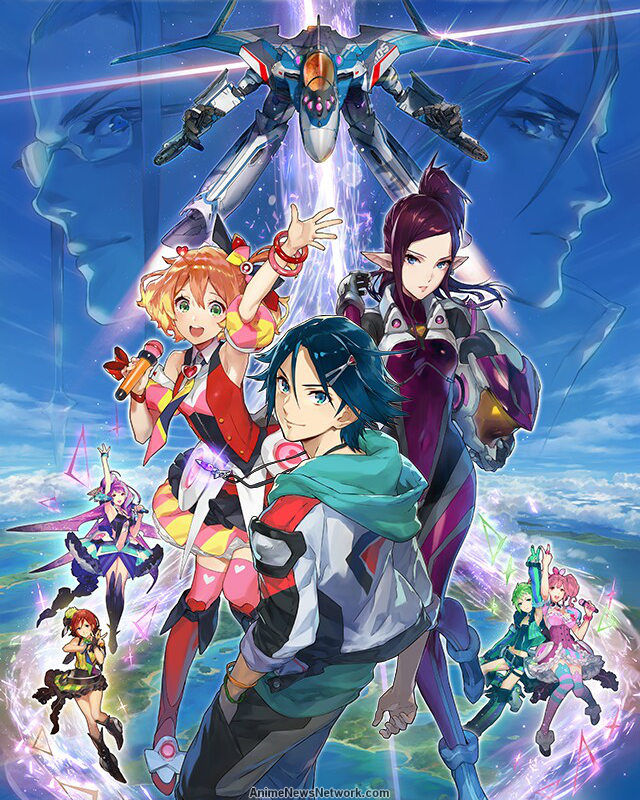 Songs and music have been integral in the Macross saga. Every iteration, much like other franchises (e.g. Final Fantasy) would have common elements that make its signature look and feel.  Delta doesn’t only live up to the tradition, but conspicuously pays homage to its predecessors as far back as the original Macross. The music is the central theme and has been, making Macross unique against others like Gundam, etc… It also makes for good merchandise. Yes, I’m talking about that parallelism between the Hayate-Freyja vs. Hikaru-Minmay inexperienced-kid-riding-a-Valkyrie-with-damsel-in-distress sequence.

Of course, Macross Delta (and others in its wake) doesn’t come without plot inconsistencies. How Hayate learns to fly with a VF-31 that quickly is something we can suspend disbelief with. I guess Chaos being considered a military contractor allows them to skirt the usual military hierarchy and training. Their age also comes into question. Long-running franchises like these seem to be infatuated with the idea of having characters in their teens. It laces a sort of coming-of-age along the story, but burdened with adult scenarios worthy of a heap of salt along with the popcorn. If you’re a new but cynic (?) Macross fan, you’d quickly drop this latest iteration. But then, the entertainment value is worth passing the plot holes over at face value.

I have been warned by some people to lower my expectations after Episode 14. I gave the usual benefit of the doubt, but past that episode it did go down south from there.  The mid-season finale felt like the end. Everything after that was akin to a badly stretched out Mexican telenovela. It did build up some nice points towards the latter end with some interesting revelations on Hayate’s dad, but that plot twist was a cliche… a redemption of sorts based from an unveiled plot device. In this case, the black box recorder from Wright’s plane. Also keeping his plane preserved in the castle was a weird way of commemorating such tragic event. As much as I did enjoy the songs and all, (I still listen to them event after the series was over), their usage grew thin, and there wasn’t any new catchy song to top off the finale. Speaking of finale, it was pretty predictable how Roid reveals to be the hidden antagonist with an agenda to take over the world. Which also leads how the warring factions of Chaos / NUNS and Windemere eventually team up to stop Roid. Come to think of it, the parallelisms reach the point of re-hash.

The ending was dead out flat with no complete resolution. The tension between the three protagonists were finally released, but that didn’t hit any key note either. The biggest downer for me was the cliff hanger clue if Minmay was actually Lady M. Don’t get me wrong though, I’m still a huge fan of the franchise, but they should start thinking of something new. The Lady M = Minmay theory was a good lead, but seems like they’re not about to explore the entire backstory of Megaroad-1 anytime soon.

Here’s the music video of the opening theme, Ichido dake no Koi nara: