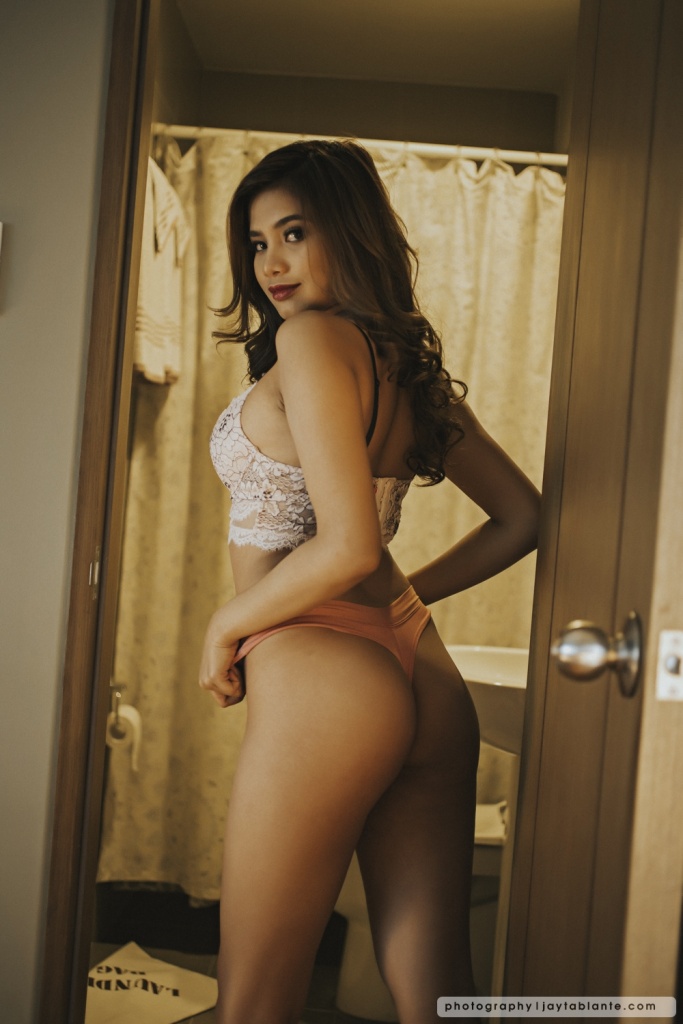 Now this girl is such a trooper, and a pro. Few models I’ve met who are quite conscious with time. She immediately tells you if she’s going to be late, early or what not. Half of the rapport for me is professionalism, and this girl takes the cake for that. I would love to see Trish’s career fly.

Her shoot was quite accidental since the supposed schedule for the AirBnB didn’t go quite as planned, with another model. And so I asked around who was game on such short notice. Good thing Trish confirmed the night before, and popped up that morning on the dot. I was the one rushing to meet up with her in front of the place. Though in the end, everything turned out great since the original model I had intended for this shoot ended up arriving in town just in time for a morning shoot the following day before we checked out. So two birds with one stone on this one. Yey!

Weather was dreary outside when we shot, but that didn’t stop me. Just cranked the ISO to 3200 on my Mark 4, and shot away. The noise profile on the camera is so clean, it seemed like you were shooting on 400. Tall claim? Perhaps. Though I did do a review on that before.

See more of Trish’s stuff at IdolZone! We Christmas content coming out soon!