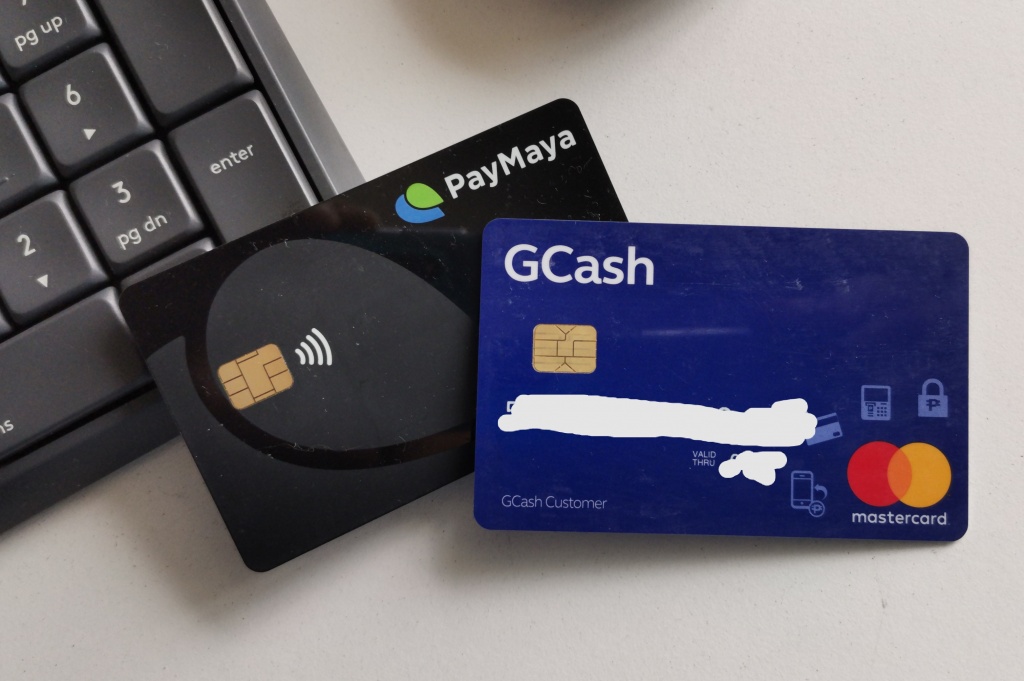 I would like to start things by stating that this is not a paid piece by any of the companies mentioned in this blog post. I just write this stuff for the heck of writing them and just because I can’t help but compare both services. I use both at my own convenience.

Obviously both payments solutions are battling it out when it comes to accessibility. You would often see placards near the point of sales showing either PayMaya or GCash. Sometimes you would be lucky to see both. For most of Makati’s establishments though, anything within the reach of Ayala Malls, GCash rules for the obvious reasons. (In case you don’t know by this time, Globe is also owned by Ayala, hence it would be natural market to peddle GCash in Ayala Malls).

The Globe GCash Mastercard is rare, close to non-existent. I even asked the Globe store branch found at their head office, and they don’t have any. It was just out of sheer coincidence I happened to be in UP Town Center, lo and behold… the guy handling the GCash booth had cards. It was funny how it was default of him to ask payment in cash, instead of using the very product he is promoting. As for PayMaya, you have to order it online from their website. Don’t expect to get a card by retail.

I would say, both are equal in terms of hassles in availability. Seems like they would rather have you use their QR functions than the physical card. Paymaya though has a virtual card as part of the app, a notch advantage over the competition.

Usabilility wise, GCash relies heavily on its mobile network to function. In my limited knowledge, it seems like their payment system piggybacks on top of the mobile network. When it works, it’s amazing… but when it doesn’t it’s a hassle. I can’t seem to use it for any of my online purchases.

PayMaya at the core is an e-wallet debit card product standalone of any network. Even though it also asks for your mobile number, it’s more to create your file in their system.

Conclusion (if you want to skip all the bullshit I just wrote above):

From what I see now, the strength of one is the weakness of another. Frustrating I know. Now which product you veer to depends on the kind of cashless payment lifestyle you want to take.

Personally, I’ve been a PayMaya user for it’s stability.

Edit: A 3rd player into the E-Wallet platform is silent creeping up… Grab Pay. Though initially limited to paying for your Grab services, it’s starting to roll out e-wallet payments to some merchants. We still have to wait and see how they are going to shake off the initial perception of transport and delivery.