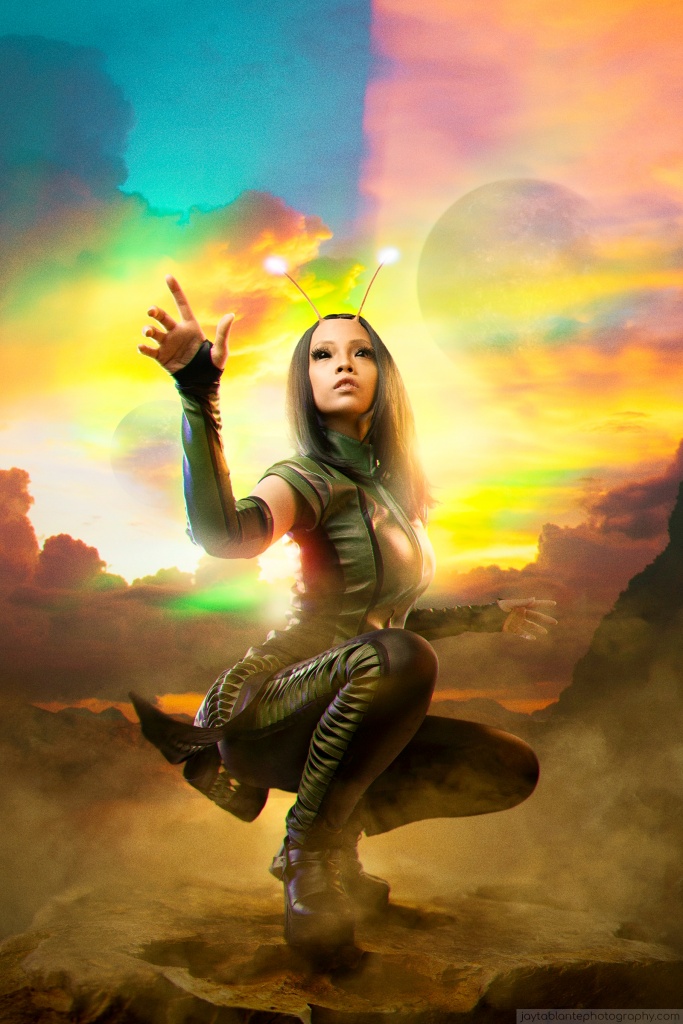 Finally another image coming out of “post-production purgatory.” We did the shoot for Mantis a few months back, and intentionally shelved it as it didn’t have sufficient materials to complete the image. Worse than putting an image on hold is coming up with one half-baked. Hence some cosplay pieces now normally take months, some even up to a year depending how materials come by.

Cartimar has been one of my go-to places for props and materials for shoots as of late, asides from the dog stuff for Yuna (my dog). The rocks and aquarium decors have been more than useful in building the miniature sets. One of those trips yielded in this nice looking reddish rock, that I also got to use on a previously released Black Widow cosplay shoot.

The little secret is angle matching. First, the focal length I used for the model shoot is the same for the rock piece. That’s easy to get from the The native software that comes along with the EOS R (and all of Canon’s cameras) is DPP. It’s used for tethering, image file management and limited editing. It has this nifty function (Compose Mode) that overlays any image on top of the current live view.

Thanks to this feature, I didn’t really need to note my physical distance during my shoot with Dinny and did the matching on the fly when I was shooting the rock platform. What is left to creative taste is the amount of distortion I want the platform to have once the angles have been matched. That adjustment is done via the focal length.

The rest of the images came from my library of past location shoots and smoke special effects.

As for the moon, it was contributed by fellow Canon brand ambassador Edwin Martinez, since landscapes and astrophotography are his specialties. Given the opportunity I would love dabble in the stuff he does.

Of course, composition and blending done in post is no simple feat. Our digital imager Adrian did amazing stuff putting all these seemingly unrelated images together.

How Dinny did her make-up, you can watch below.

One thought on “Mantis”