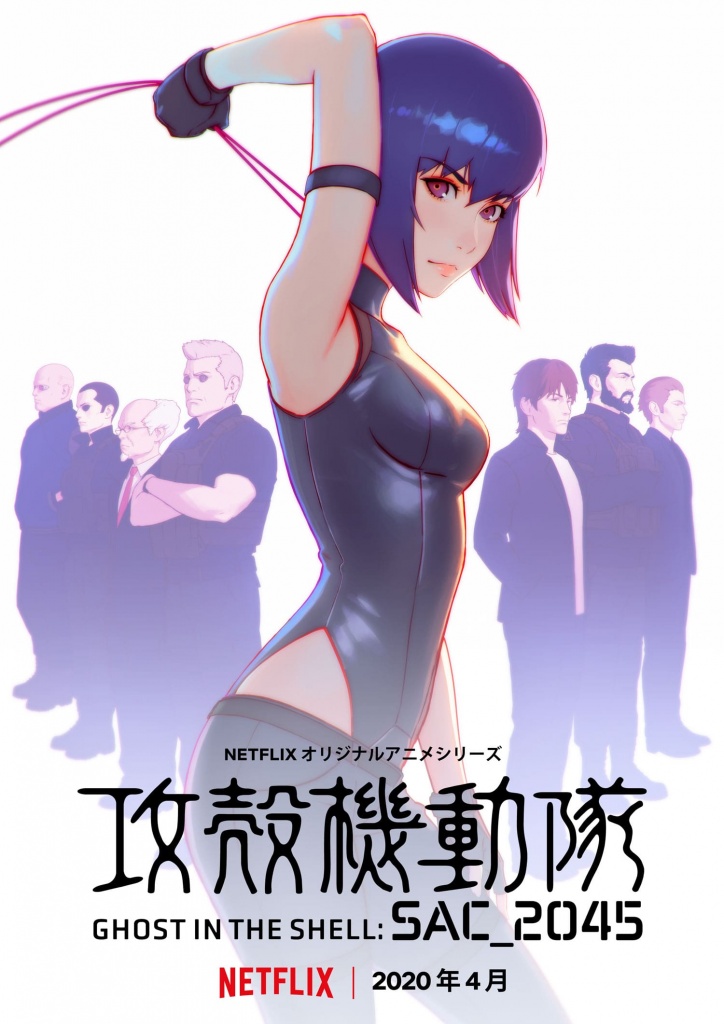 Ghost in The Shell lays the foundation for most of the cyberpunk sci-fi TV shows we get enjoy in multitudes. Thanks to its mash-up of philosophical quips with sudden bursts of action, it has inspired countless movies and TV shows revolving around the cyberpunk genre.

The franchise has tried to keep itself relevant by releasing several more titles, and this year was no different, with Standalone Complex 2045. This is loosely based on the premises from the two-season TV series Standalone Complex and the movie SAC: Solid State Society. As much as the movies did ground breaking work, it was the TV series made me stay as a fan.

Yeah, that was just for due diligence given the series has already dropped for quite awhile now.

Prior to 2045, the Arise OVA series was released as a prequel, but I ended up groaning with how previous successful elements were just being rehashed. It was banking on its past glory without offering anything new. As other franchises came about, GiTS ended up drowning in the sea of cyber punk titles that had more interesting alternative realities. It was still touting the concept cyberization and man-machine interfaces as the new future. With how the genre has evolved, those concepts are already the given norm if you are the establish any cyber punk world.

I was hoping SAC 2045 to redeem itself, but instead I see the same elements being reused, banking on its past successes. I do enjoy the familiar elements, but it gets tiring when overused plot devices become more obvious. Don’t get me started on the live action movie. That is another animal to contend with.

After breezing through 2045’s first season, I can’t help but feel elements from the Laughing Man being rehashed. Togusa is back as the protagonist uncovering the case, but ends up jumping on the deep end of the rabbit hole as you could see in the last episode.

Again, we are dealing with some Super Class A Wizard Hacker (like how many are they around?! And how many adjectives can you add before that) breaking down barriers, and infiltrating records, etc… It gets tiring at some point having the same kind of bad guy, as if society at large hasn’t learned its lesson from past “incidents” if you count in Laughing Man, the Puppet Master, etc…

On the animation side, there was something awkward about how they moved. Seems like animators had a field day using the easing in and easing out functions. Movements were overly smooth, and didn’t have that “human” jerky movement, not sure if they actually did mo-cap for this. The art got a bit too cartoony for me, and I hoped for more realism in style. Despite the action and dialogue, I couldn’t take them that seriously.

Overall, though I still enjoyed watching 2045, but as a fan, I ended up hitting the scrub button regularly since you’d already know what happens next.