Of course, one of the main reasons why I went to the San Diego Comic Con is to work with cosplayers for Geekology 2. I had the honor of shooting with Linda Le (a.k.a. Vampy) among others for my first day in the studio. Super thanks to Dave King for providing such a homey studio to work for these 3 days.

I always make it a point to shoot before the convention to minimize the stress both to me and the cosplayers. Besides, I was here to enjoy the convention in the first place. 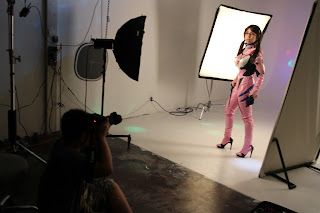 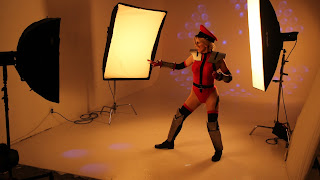 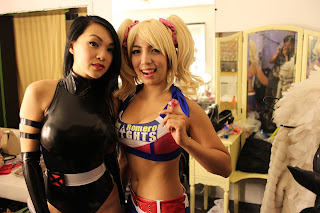 Between five lovely ladies, we were able to chuck out eight different costumes just from this day. Would be sorting these out as soon as I get home.

This is one of the most chill shoots I ever had for cosplay. Seems like everybody was just having fun. I certainly did.Check out my youtube channel for your regular glimpse behind the scenes! While you’re at it, drop buy the online store and get goodies from your favorite models!

It was one of those animes I saw a kid that I never thought would garner bigger attention over the years. This came in so many names such as Gatchaman, G-Force, Batter of the Planets, etc.. depending on what country it was licensed in. It was G-Force in the Philippines, and that’s how I remembered it to be. It was quite cheesy even in its own time, but I still watched it. The later re-imagined artwork from various artists made them look cooler than before.
When you talk about classic anime, Gatchaman (1974) easily beats out Gundam (1979) by 5 years and Macross (1982) by 8 on TV.
Been tempted to do a cosplay shoot based on this anime. Now the live action movie has a set the bar on how the costumes would look like in real life.
Should be out in Japan by August. I can’t wait for an English-sub torrent when this comes out. I doubt if an American distributor is going to pick this one up though, given this anime’s reach isn’t as popular as Gundam, Macross, Evangelion, etc…