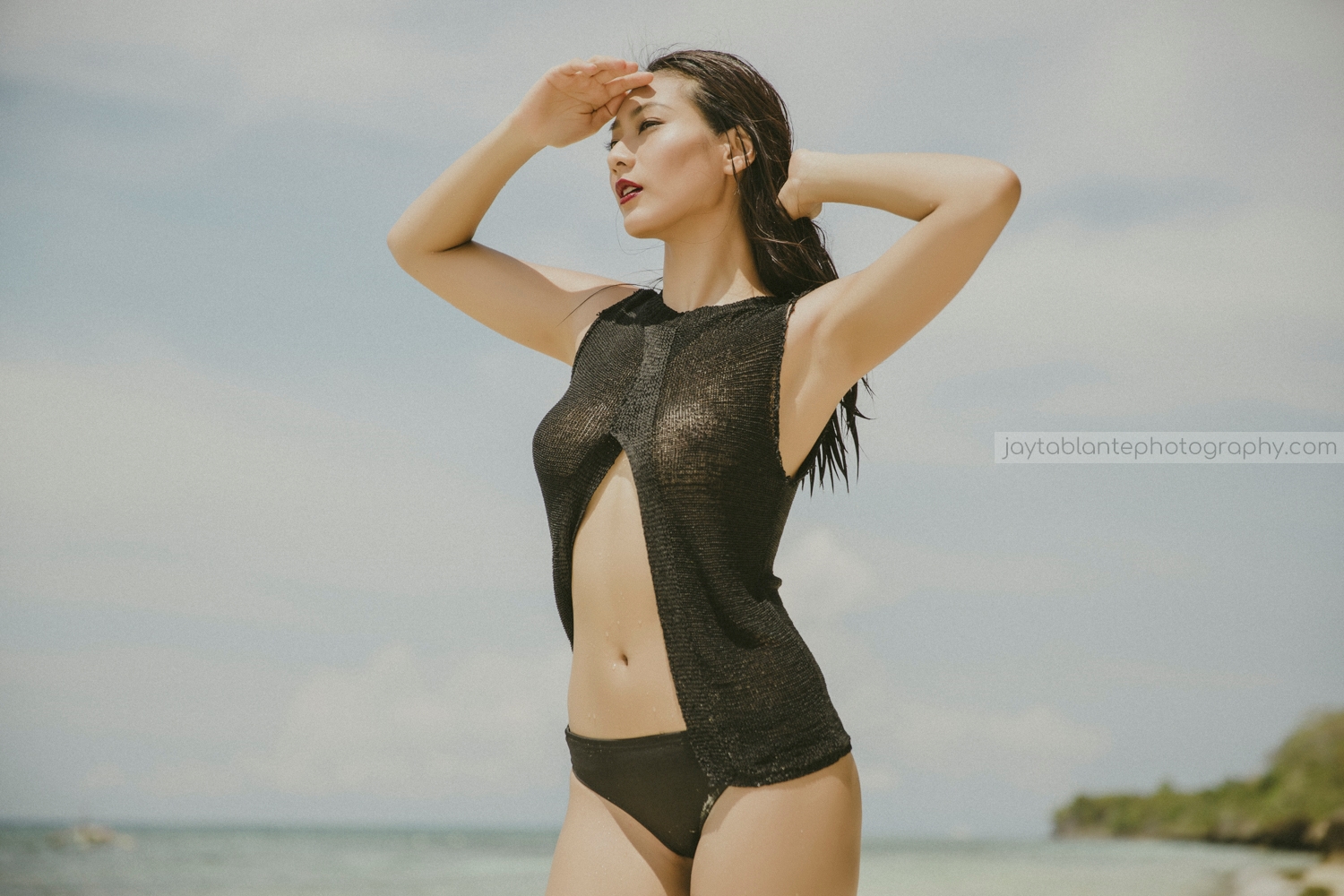 I know we haven’t seen much of this girl in the scenes of as late, but I guess she’s enjoying her time off the modeling circuit. Of course we have a lot of content with Cherry over the years, so here’s one of those sets that didn’t really see the light of day until now. Enjoy the summer guys! Things are just getting hotter and hotter.

If you want to see more of Cherry images, hop on over to idolzoneph.com and purchase her image sets now! 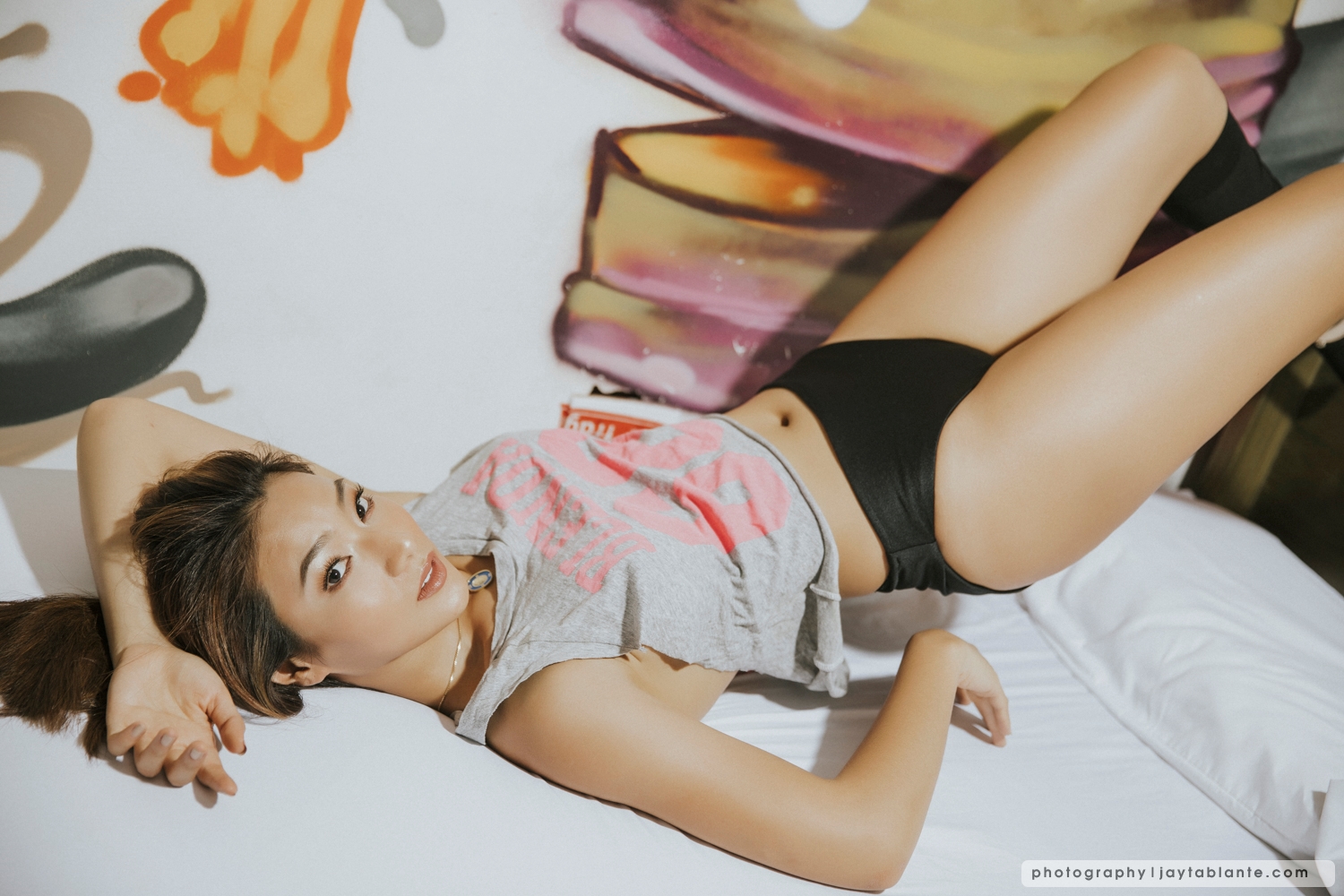 Lokal Hostel is in the middle of the growing restaurant scene in Poblacion, Makati. We had the awesome opportunity to shoot there and feature their signature graffiti walls. I did this shoot with none other than one of my favorite Asian muses, Cherry. Our make-up artist (the late Jet Babas), also suggesting tagging along his friend Dane so we thought of shooting her as well. Her shots to come out in another blog.

Super thanks to Lokal Hostel for hosting our shoot! 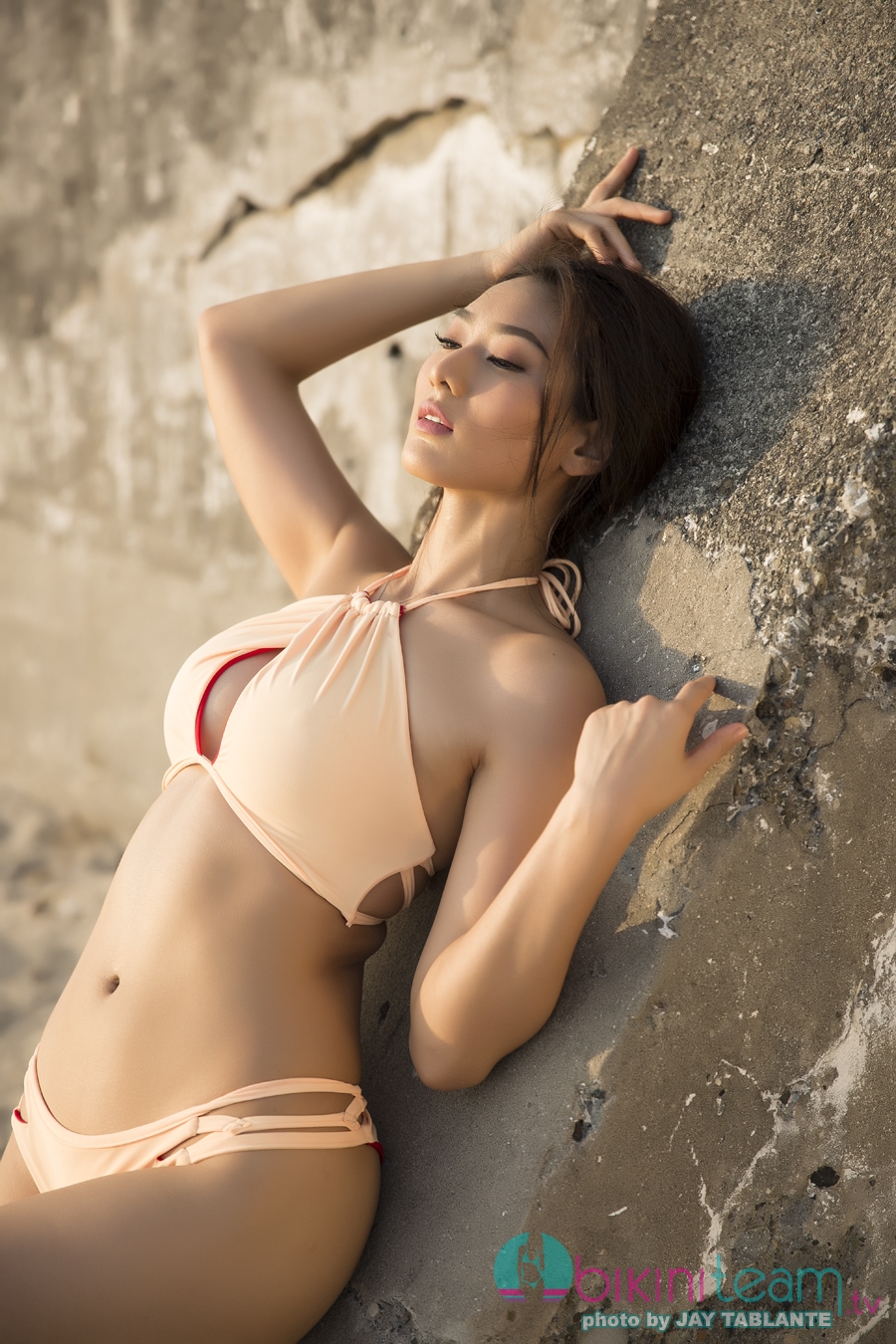 Of course Bikini Team TV wouldn’t be complete without some homegrown babes to grace its website. Who better to call, than  one of our favorites Cherry.  We did this shoot as a second part of the tour in La Union. We came into town around the afternoon, just in time to catch the golden hour (but technically it was about 15 mins) before it disappeared into the horizon for that afternoon. 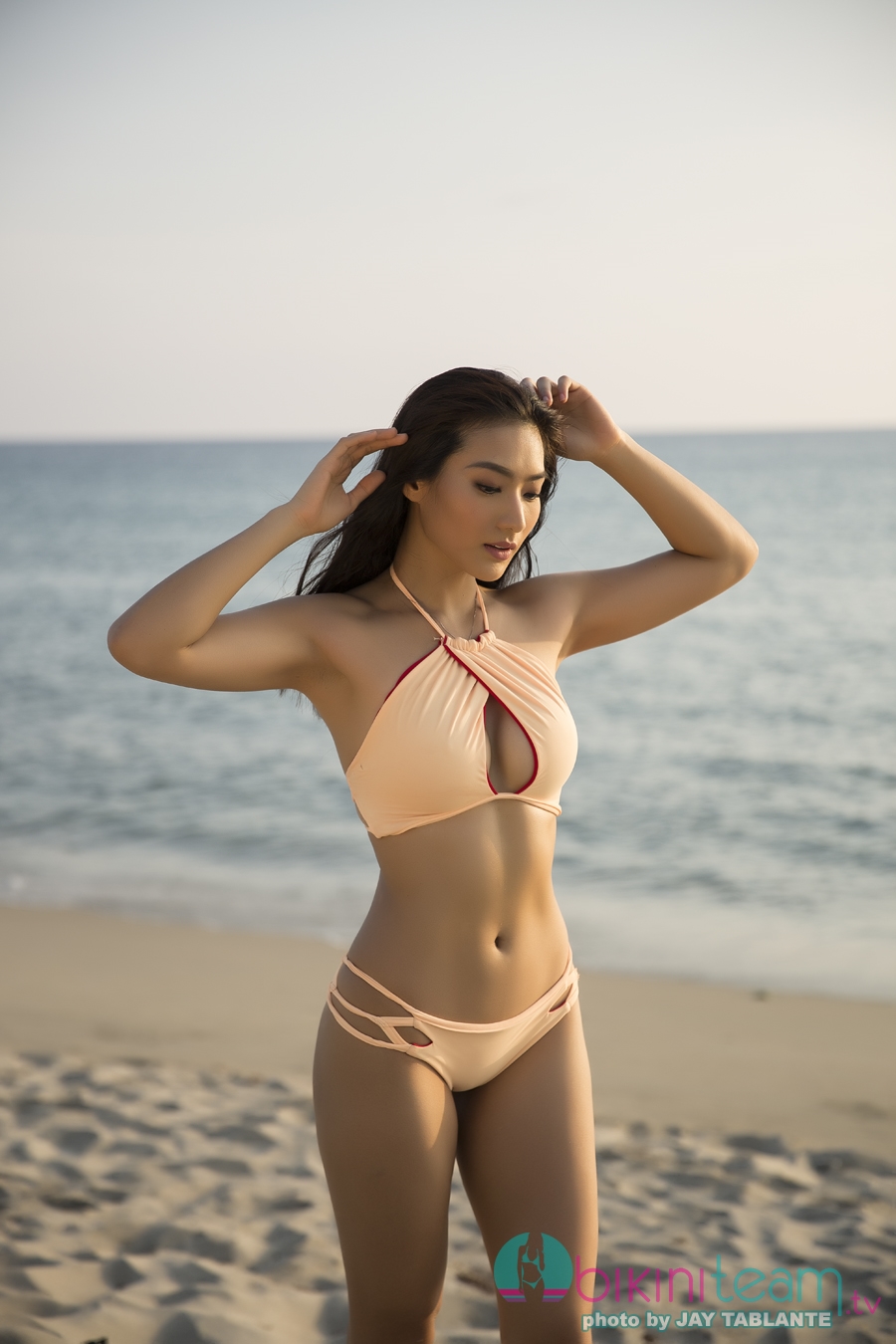 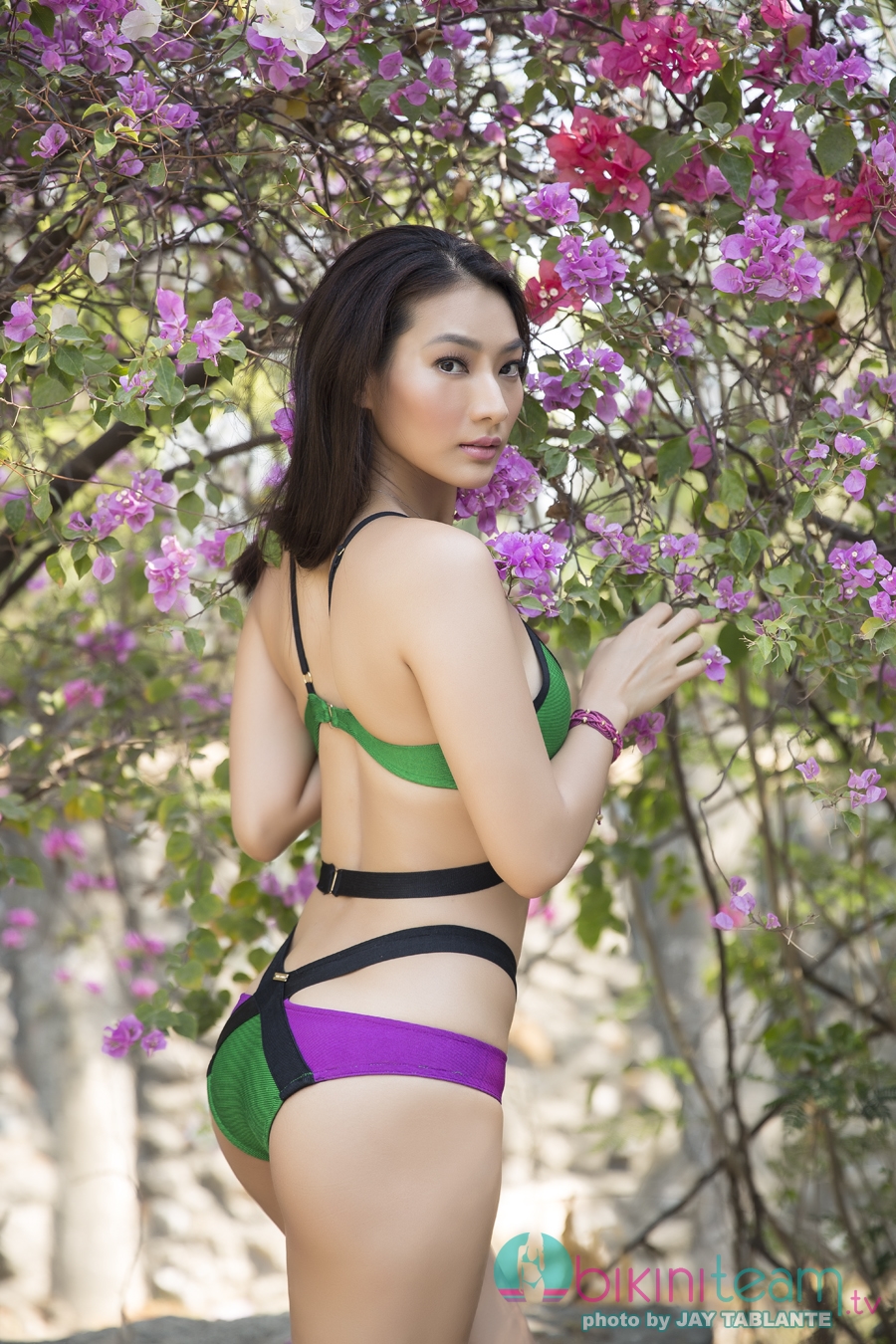 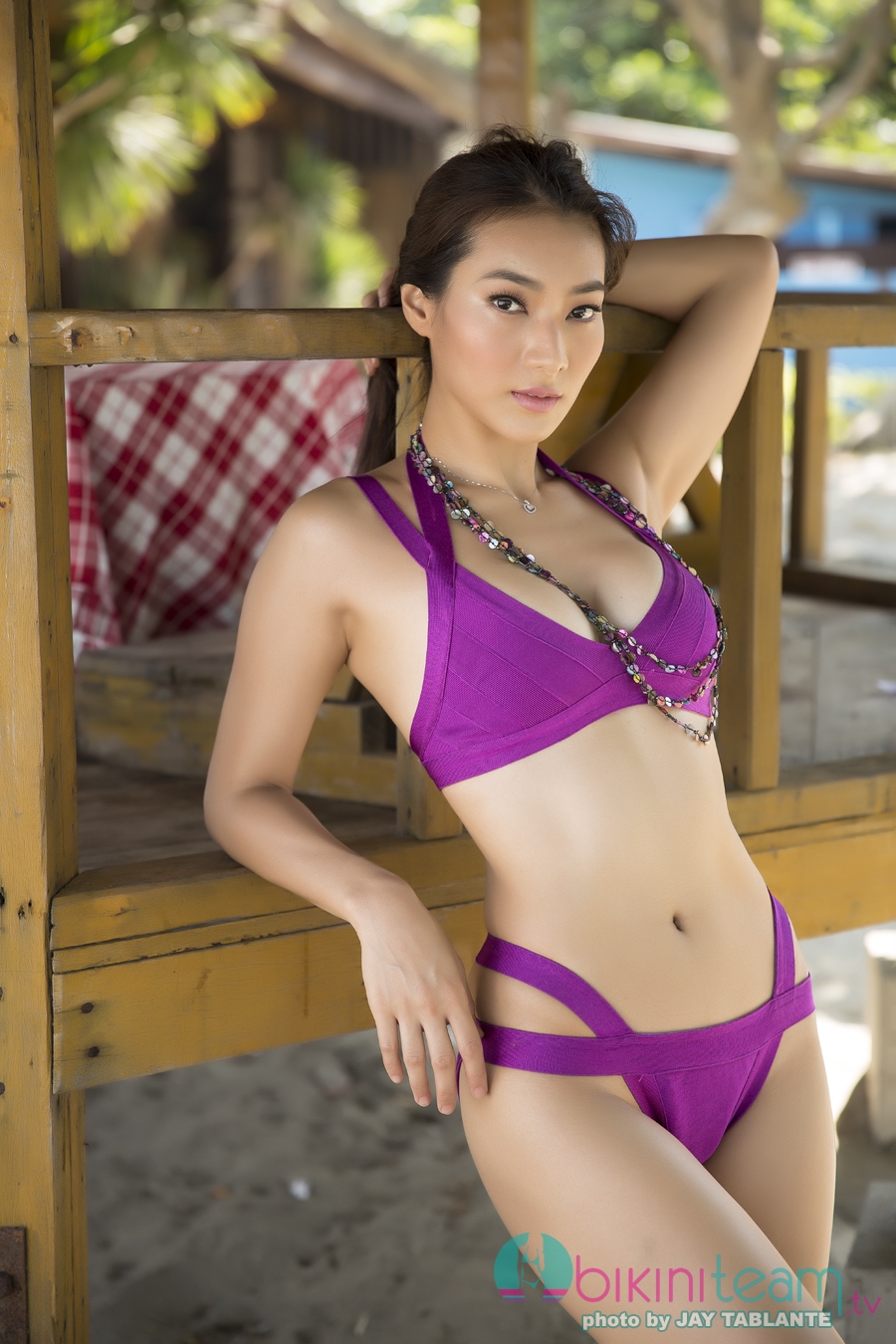 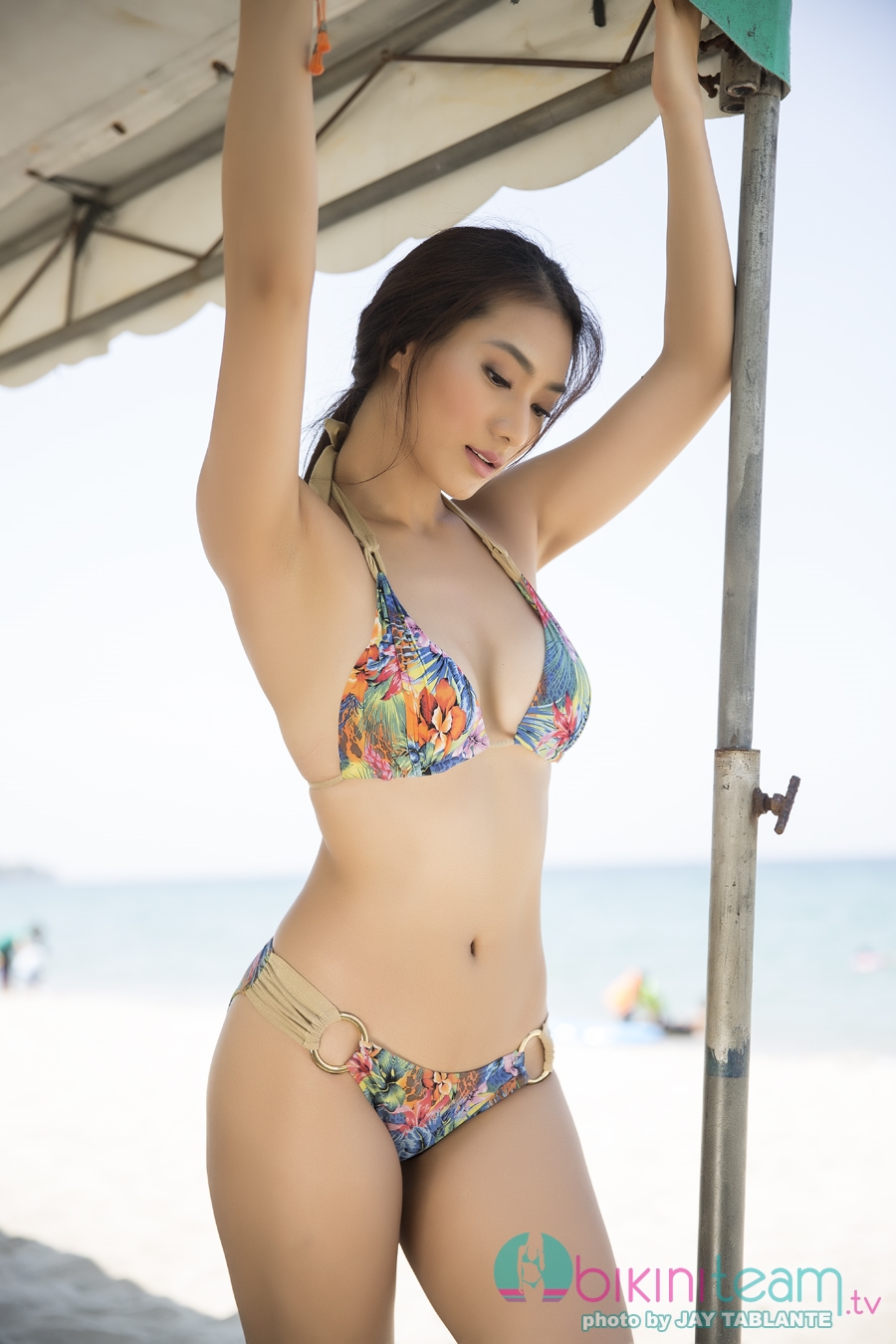 We spent the following morning catching the sunrise, and wrapped the entire thing by about lunch. Quick and fun shoot, especially when you’re working with timeless beauties such as this one.

This year’s tour is just around the corner folks! Can’t wait to get this show on the road! 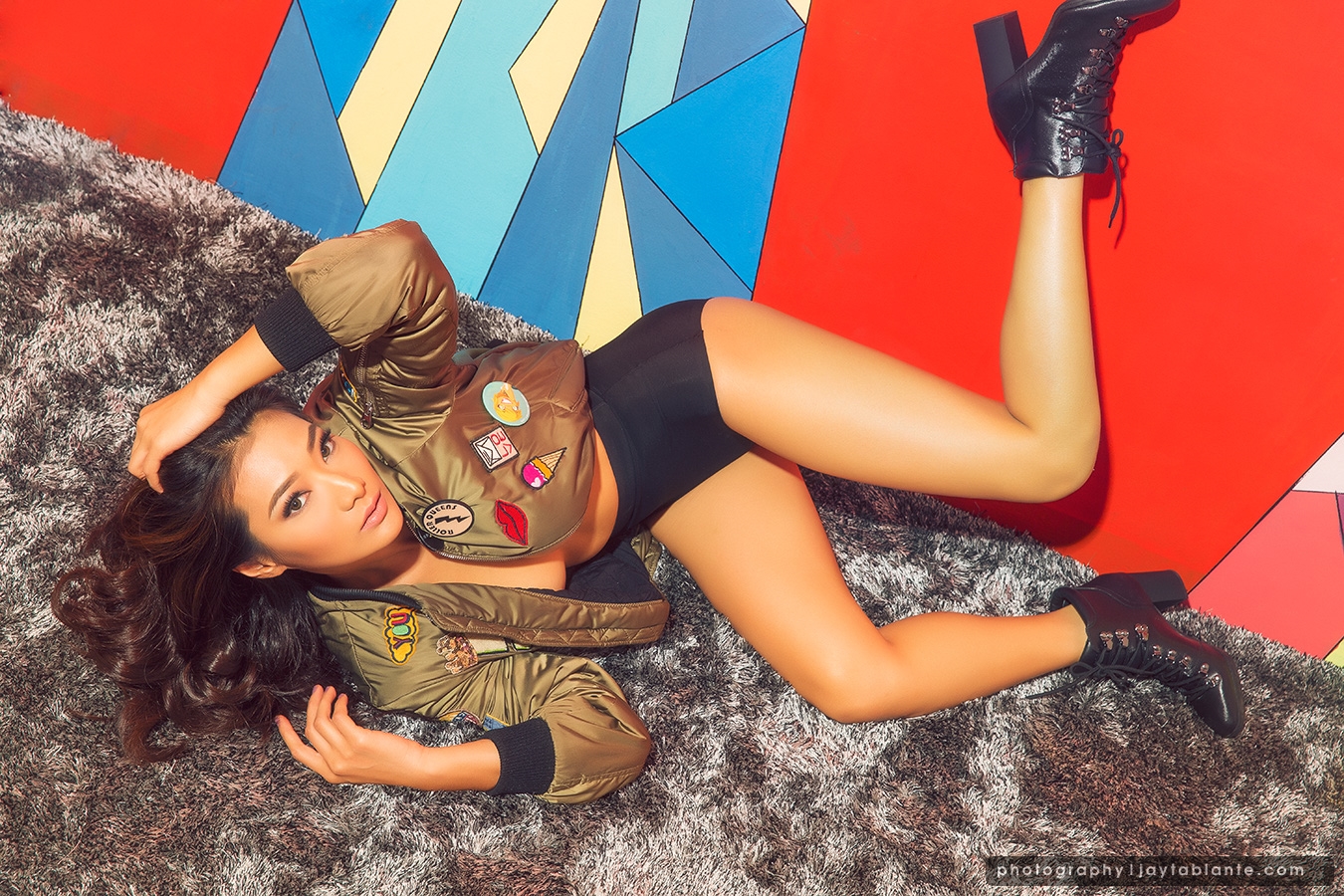 This shoot marks my 10th year of shooting lovely Cherry. Next post would be an “anniversary” post of all our past shoots until the present. 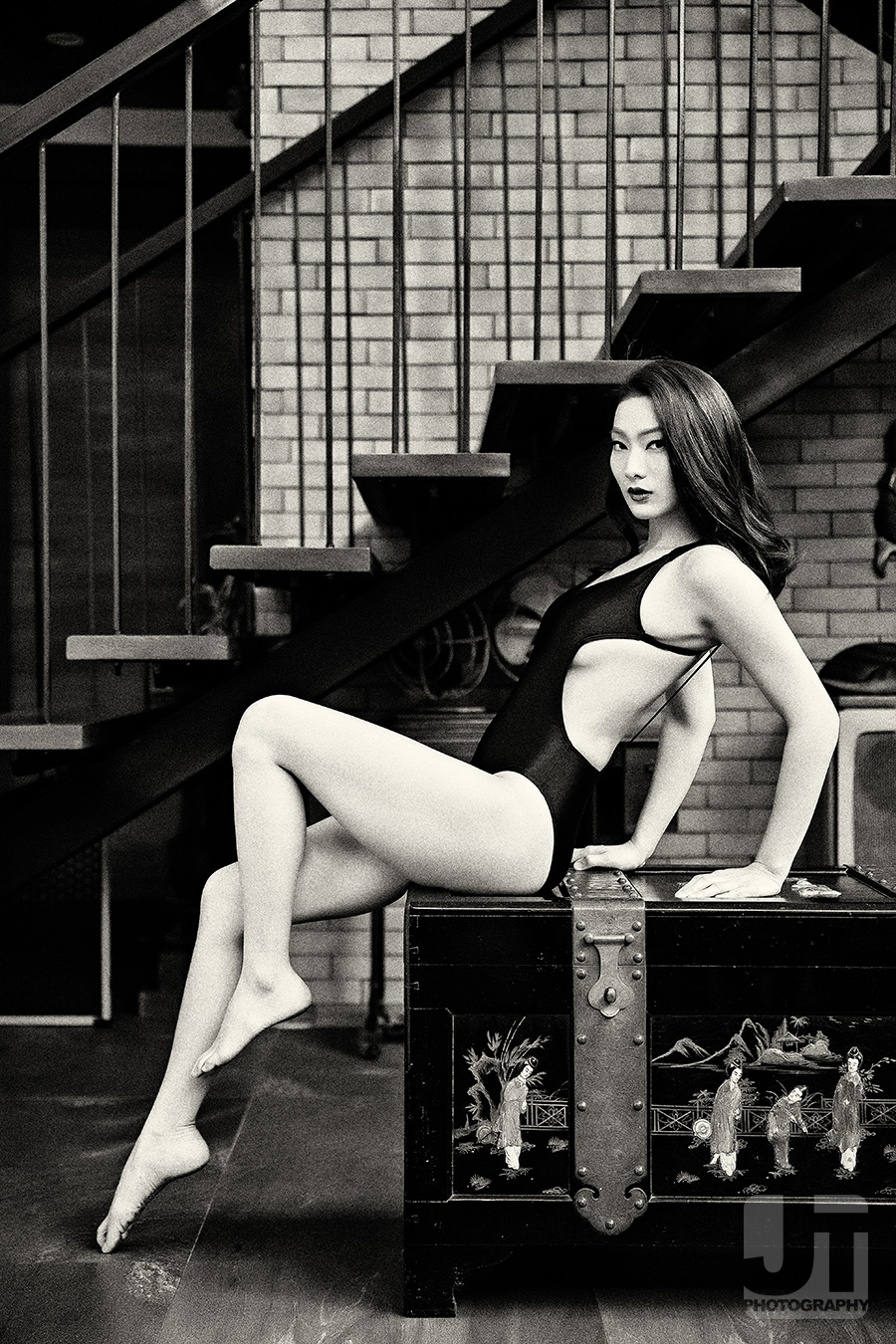 When you’ve been shooting in a particular venue for quite a number of times, you tend of have this creative fatigue setting in. You run out of ideas since several models have already graced that particular spot.  So the challenge here is keeping things with a fresh eye each time you step into the place even for the nth time. I normally avoid shooting in the same venue for consecutive shoots, but this was a creative challenge I took to see how far I can stretch the number of unique shoots I can do in a place.  Coincidentally though, random vintage items make their way at the house (c/o of the owner), so there was something new to work with each time I return. Such items can influence the overall look of the image up to post production.

I just realized out this shoot, Cherry has been one of my regular muses for the last decade. Yes. Decade. I started working with her when she was 19, and ten years after, we’re still at it. Amazing how her face hasn’t really changed, and she even became more fit since then. She would always be one of my favorites, so expect a Cherry model portfolio on a regular basis. 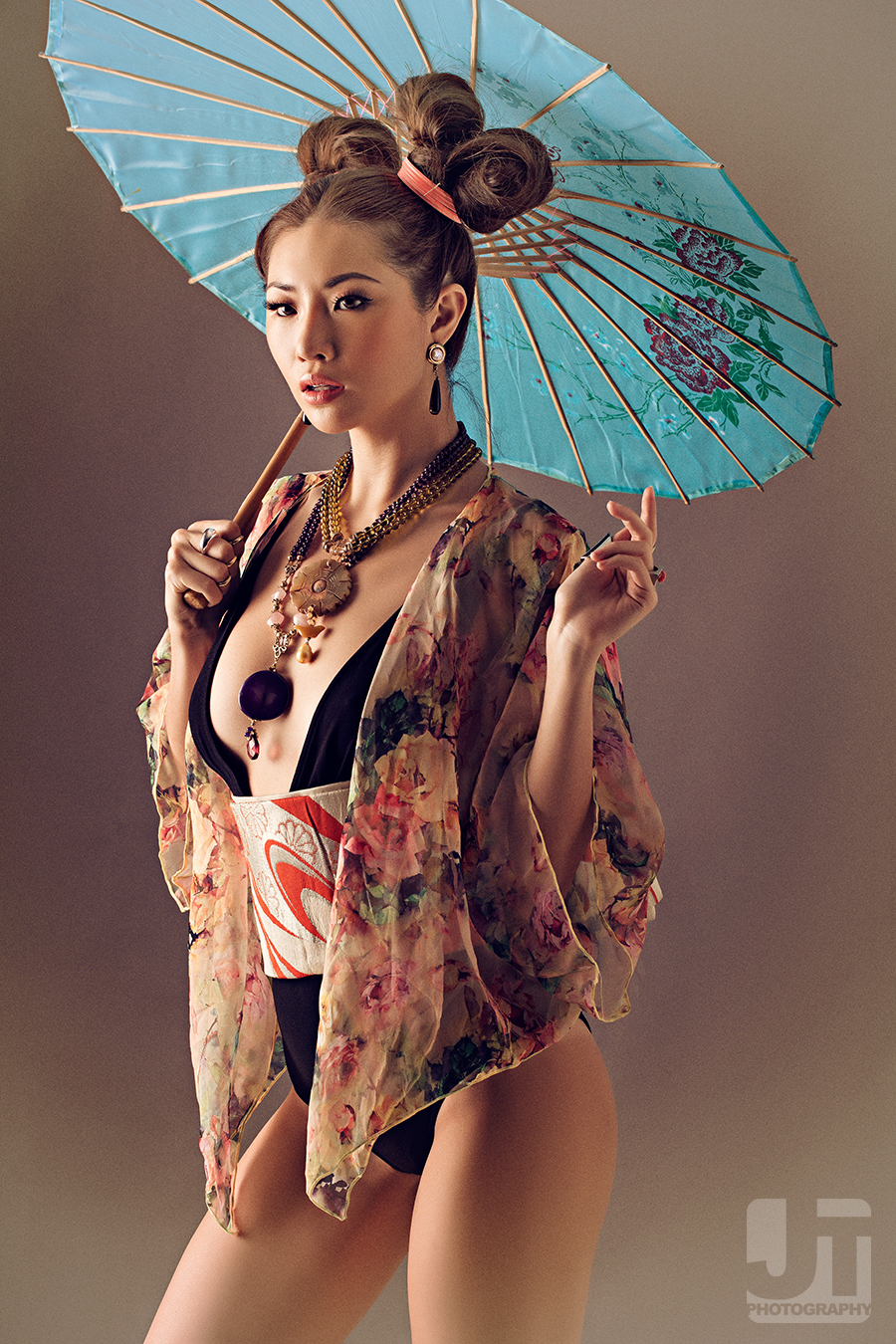 Hannah was pretty much on her own in pulling off the details of the look. Certain parameters we just set to establish a uniformity for all shots. The common look between all of them are the summer kimonos, black swimsuits, and obis.

I’ve posted Jinri’s in a previous entry so if you’ve been following the blog, you’ve seen this set.

The styling palette pretty much dictates the overall tonality of the shot. In the case of Jinri, the blue kimono gave that strong look which also dictated the color of her lipstick. If you want to push the concept description further, this is somewhat like a winter kind of look. In contrast, you have Chelsea’s look that’s alot softer and youthful — spring.

For Cherry’s stronger contrast, it reminded us of summer.

Lastly for Mayumi, this was quite a challenge giving a interpretation to fall, given most Japanese fashion is colorful. We had to settle for a bit of duller hue of purple. So, I’d say this is a very loose interpretation. Hehehe.
We did some some more Asian-inspired stuff outside of the set, and some basic headshots as well. You could see which models we did have some extra time with. 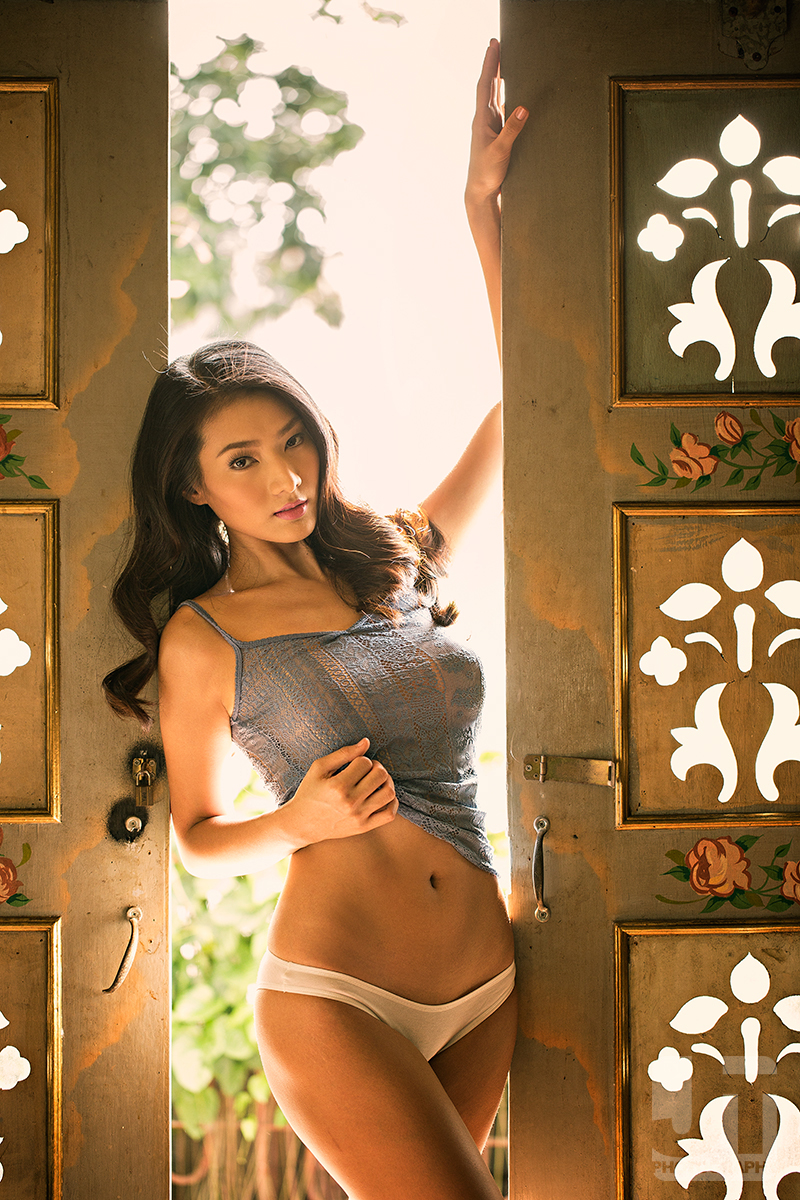 Cherry has been one of our favorite go-to models. She was already one of our pretty guinea pigs back in the day when Raffy and I used to experiment with sets in his garage. That was about 7-8 years ago. It was reunion of sorts when I got to work with her again over a string of test shoots.

Phottix recently lent me a set of Indra 500 lights to try out in some my model folio / tutorial shoots. I’ve heard much about this strobe, and got excited at the chance of using it. The challenge is how to incorporate a strobe into a naturally-lit shoot.

The weather was quite unpredictable when we shot. It was cloudy one minute, and sunny the next. There were several instances of a good pose, but would lose out to bad lighting. Now this was where the Indra provided that consistency in maintaining the overall feel of the images. The highlights were still there despite the sudden changes in natural light. There were just minor adjustments in the shutter speed when relying on the Indras.

The first image was exposed to open sun when the clouds parted, while the third had more light assist coming from the Indra. You could see the stark differences in output even though I had two various workflows executed on them. One tell-tale sign is the washout background. I had makeshift relfector (a.k.a styrofoam) placed the camera left.

Locations can be tricky in making a lighting guide since they’re not as straight-forward as shooting in a studio.

The center image was shot against a mirror found in the room. The frames gave an interesting foreground blur factor, and added texture in the overall image. It adds a tinge of “voyeurism” into the image when you add blurred foreground elements.  Since it was getting dark (and about to rain), we had to simulate natural light streaming from a window. Combining the ambient lights (natural and artificial ones) found in the room and the Indras became the next challenge. Two sources were used: one outside the house streaming in, while the other acts a highlight / backlight indoors.  Before placing in the strobes anywhere, you have to observe how natural light is falling into the location. You have to match to factors: direction and texture. The job of the strobe is to approximate how natural light behaves and thus just boosting the current lighting scenario. It is isn’t meant to replace natural light, but complement it.

As for the fan shot, an Indra was placed outside of the window covered with a thin white cloth to further diffuse the effect. The 2nd Indra had a white umbrella attachment, aimed to the wall. This further diffuses the light at the same time, giving off the natural ambient bounce of the room, which was warm.

When it came down the post-processing, I only did color grading. Several layers of it, masking out sections I didn’t want affected by the other. I also touched up the color balance settings, toying around with highlights and shadows more than the midtones.

An important takeaway from this shoot: location, location, location. How light falls and reflects in each location is unique, but the way it behaves is constant. It’s just a matter of harnessing it at the right time.