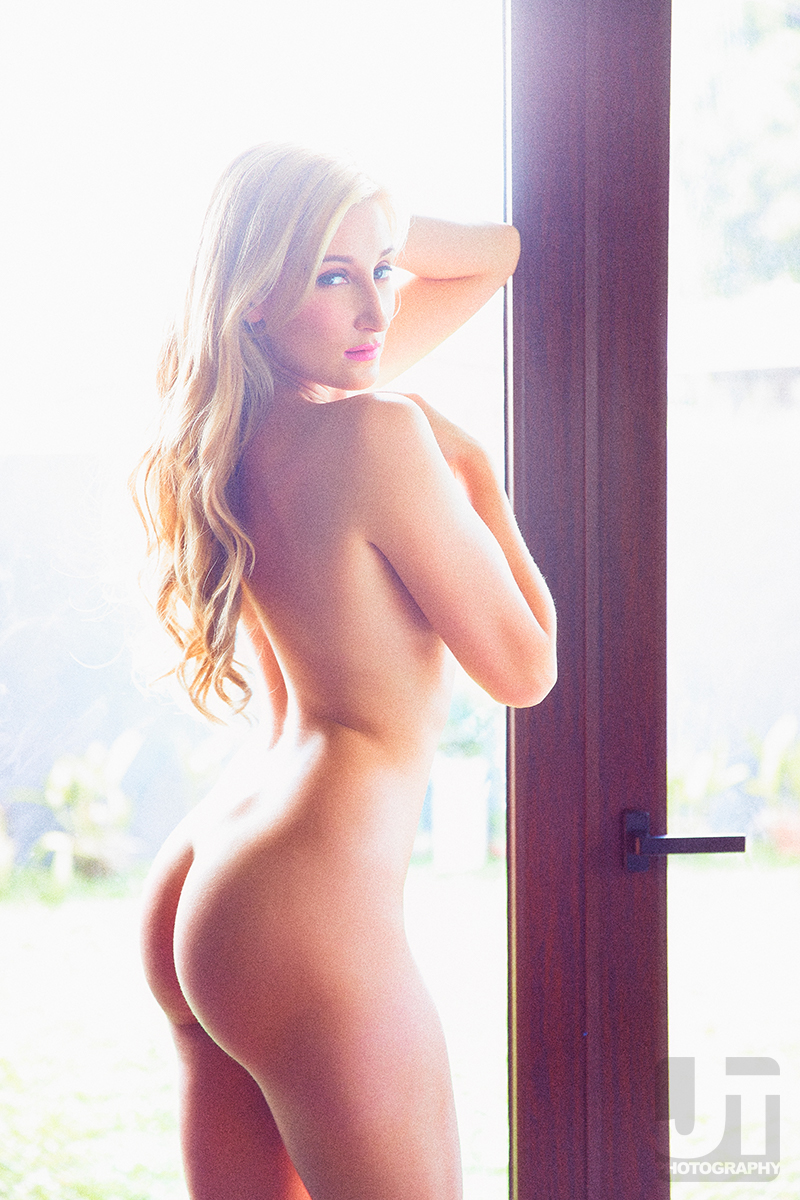 This post is really #NSFW. So if you are in a public space or in your office, I highly don’t suggest going any further. Oh yeah, make sure you’re over 18 too.

It’s not often you’d get to work with an international Playboy model. So when Holly Wolf was in town some time back, I jumped on the chance to work with her. Good thing she made time from her schedule during her stay.

This is another shoot using only reflectors since the location I got had very good sunlight streaming in for most of the day. Even with overcast weather, you’d be able to get some light since the windows were huge. This is a crucial factor working with natural light: the amount of it available for you during the shoot.

I’ve been such a sucker for backlight shots, burning a good portion of the model’s edges to gain some details in the middle. Depending on the lens you use, the glare produced could either be annoying or interesting. I used a 24-70 2.8L II, which basically gives you a clean, almost glare-free image. In the second shot, I shifted to a 50mm 2.5 compact macro (an old lens I had in my stash). The latter had stronger glare but had an interesting effect. I kept the effect around.

I played a bit of vintage feel on the door shots, aiming for that 70s Playboy Magazine feel. I just thought it would’ve been apt given I had a Playboy model for the day.

When models are comfortable and confident about their bodies, it’s so easy to work with them. Holly was such a pro, and knows her angles very well. I didn’t have to direct her so much, and just gave her a general feel of the location. She worked it from there.

The shoot didn’t even last the entire day, and we were able to come up with so much content afterwards.

If you’re a budding photographer starting to work in glamour or fashion, it would be best to get a model with experience so you could a feel of how somebody comfortable would work in front of the camera. Pick up pointers for directing there. Gain the confidence to direct so when you end up working with a newbie in a future shoot, you wouldn’t end up fumbling, and she wouldn’t second-guess what you have in mind. Just my two cents: a newbie photographer matched with an inexperienced model is usually the recipe for awkward photos. 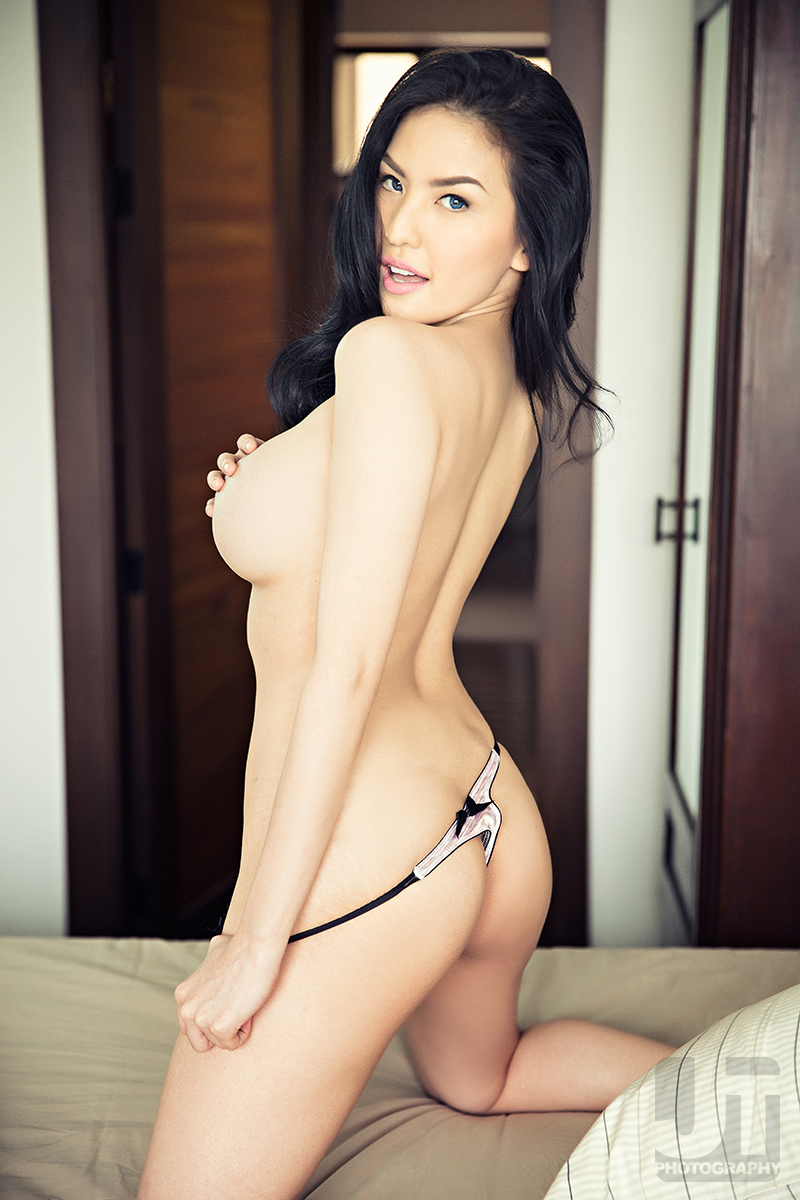 Funny enough, despite the small circles in the industry Abby and I revolve in, we haven’t really worked with each other on a fun shoot. So quite some time after Abby – An Intimate Escape, I thought of having her again in front of the lens for a quick “gravure”-ish session.

This girl has been in front of the camera so many times and already knows her angles pretty much. She isn’t conscious about anything either as it shows. When made-up right, she kinda resembles like a Japanese idol, which makes gravure a good genre to shoot her in.

These were all done in natural light with a combination of silver and gold reflectors, the latter giving the warm skin tone. In post, all I did was put this retro color grading similar to what you get with Instagram filters. 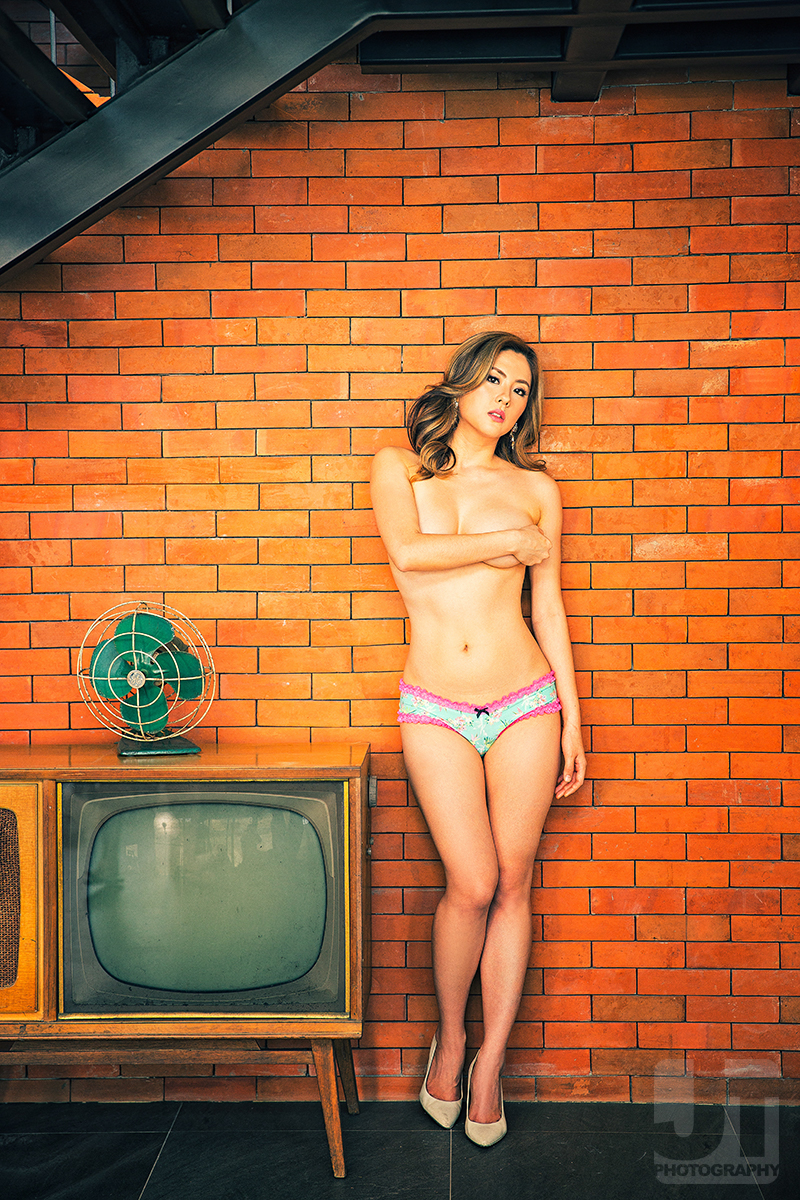 Jinri would easily be in my top muses list. Always awesome to experiment with various looks and concepts with her. So here’s one where we toyed around some mish-mash of contemporary Chinese- in a modern setting house.

I was just working with one (1) for most of the shoot since the glass walls went up as high as the 2nd floor. We had all the light we needed even as the afternoon pushed on. My strobe was powered down and placed on the far end of the house.

Working with natural light means working against time. Light shifts in direction, temperature and texture as the day progresses, and it’s all about maximizing each moment. There are chances when you had to throw out your current idea because you’ve already missed the opportunity to shoot it right.

I can’t really give a straight up lighting tutorial on this one, except for some guides in searching for that perfect setting.

Ara did an awesome job with Jinri’s make-up. This look reminded me of Ayumi Hamasaki, some popular J-Pop singer. 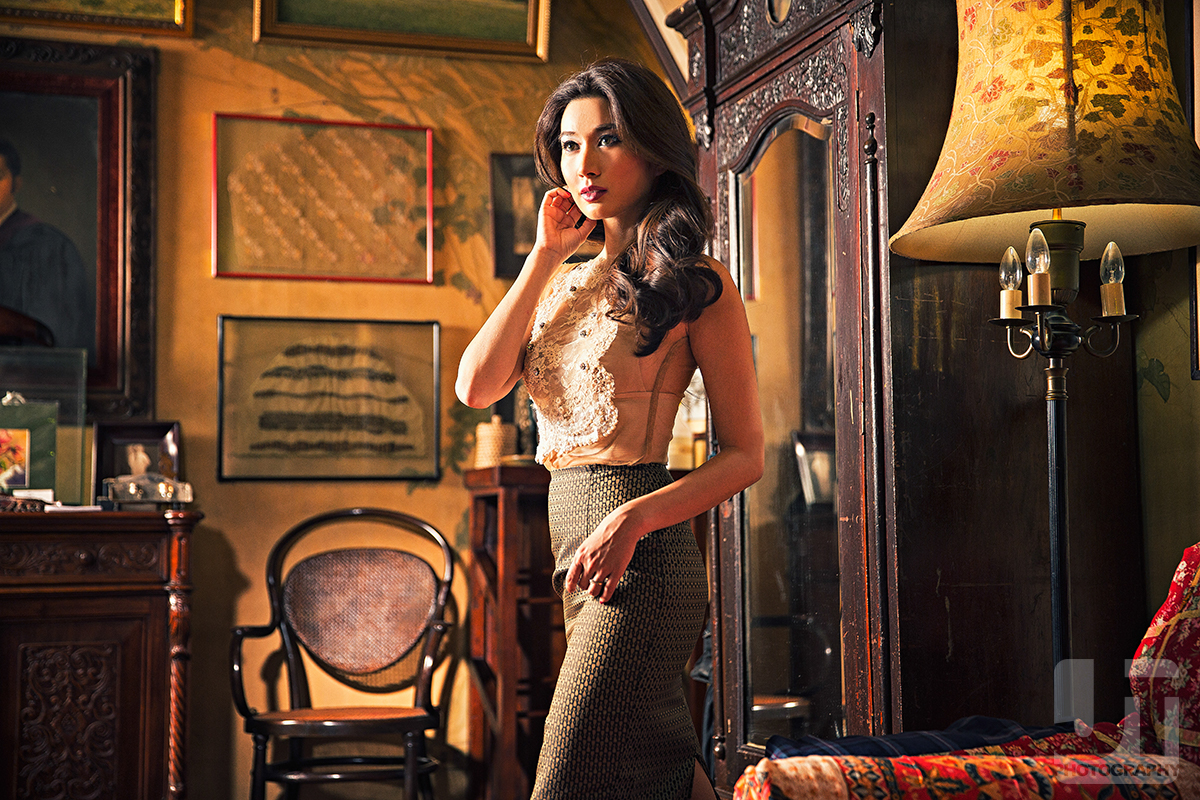 Nicole has always been on my bucket list of models to work with. After our shoot for FHM Magazine 8 years ago, it was only then when the stars aligned themselves again, and I have her in front of the lens.  Reunion shoots are the best kind for me. It rekindles old friendships, and that’s where I draw the inspiration to work with them.
This was shot in “Raffy’s Last Resort” (as I fondly call his place), at the 2nd floor of their main house. We don’t get to go up there on a regular basis, so I take the chance every time we can. The last time was for Jinri’s calendar several months back. The challenge in this scenario is maximizing the space without losing the inspiration. More often than not, when you’ve shot in a location several times in a row, you get a bout with location fatigue. Your brain gets tired of seeing the place, and automatically go for spots you have used previously.
As they quote it in Criminal Minds, it’s all about “looking at the scene with fresh eyes.”
This particular layout was hard to imagine at first. The light was coming from a wide window with a screen, but covered with lots of foliage outside. There’s not much sun peeking through and any cloud cover immediately drops the available light coming in. What I did here is compensate with strobes, but simulating how the room would be naturally lit.
My main light was a brolly box aimed to the wall corner wall. This diffuses the effect, at the same time picks up the tinge color of the room. The ceiling had an old green lamp, which coincidentally is a signature look for an Asian cinema feel, but it was already too weak to be picked up by the camera. I had to place a gelled strobe firing on the opposite side, to boost the green light effect from the lamp without having an overpowered effect on it. My last light is a highlight hitting the chair, just missing off her shoulder.
But again, I’m not relying on the strobes alone. I’m actually picking quite alot of the ambient light. All the strobes were powered down to their minimum. As for my camera settings, I upped the ISO to 800 and aperture to 2.8. 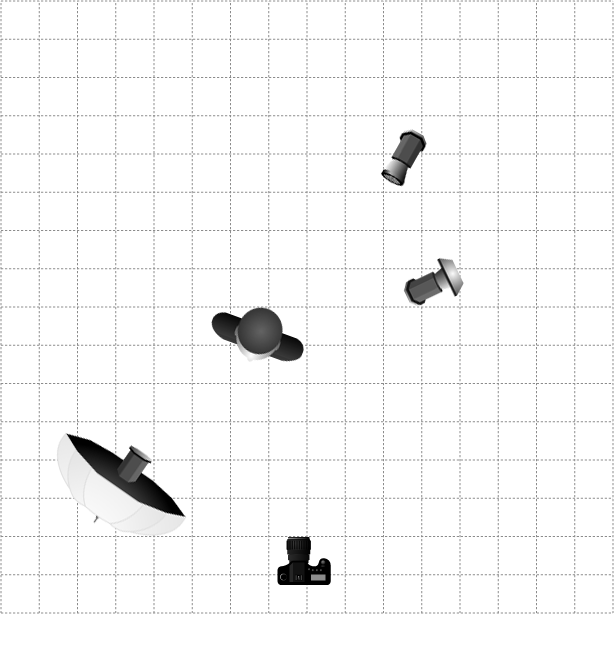 The color grading is a punchier version of the Asian film look I usually do. I upped saturation on the reds and magentas, but had to kill a bit on the yellows. I also overlaid a green tinge on the entire image, and dropped the opacity below 20%. The backside of had a hanging green lamp from the ceiling, giving off that vintage Chinese feel.
This set was more on the natural light, and I just used the modeling bulb from one of the strobes to light up the corridor behind the stairs.
I did her headshots against a brown wall in Raffy’s patio in front of their house. This is pretty much straight up and chose that spot since the light was diffused and soft. I did my usual color grading for effect. Not sure if this really hits the spot, but I’ve always loved experimenting with various color grading effects.

The awesome part with working in Penthouse Studio is the availability of various lighting scenarios inside and outside the actual shooting area. The sun was out so I took this chance to experiment on various lighting conditions with sunlight.

The first image (two, if you count both color treatments) was done underneath a short roof ledge, giving an even light. It also helped that clouds gave a brief soft light for me to work with. It’s like having a huge softbox in the sky. No artificial lighting at least in my experience can replicate this sort of look. Timing is key when you’re after this look.

Opposite that is a red wall near the building stair case. For this scenario, we waited for strong sunlight to get that hard shadow against background. A reflector was optional (left image) if you want some bounce back.

We simply went back to the same wall afterwards, but had 2 styroboard reflectors underneath for a beauty shot.

Now this is something I got to pick up from fellow photographer Dix. Since Penthouse is his home studio, he has experimented with various iterations of natural light shots. His use of direct window light for a beauty shot is quite interesting. We placed a board-up behind Gabe and covered it with a matte black cloth. Styroboards are also optional for this effect, but it might leave the model with limited poses. I did two renders in colored and black and white for variety.