Skip to content
It may be boring for a good number of people, but this just brings out the geek in me. For several days now, Carlo (our digital imager) and I have been working on shooting material for future cosplay shoots. We deduced several elements that are commonly found in our cosplay images (flight, smoke, ice, sparkles, fire, water, etc…) and set out to produce an image bank we could use over and over.
Carlo much to my surprise, has extensive knowledge in special effects production design asides from his monster post production skills. He was based in several other studios all over the region (Singapore, Malaysia, etc…), this is what he picked up along the way.
The approach to coming up with cosplay images for us is beyond to just shooting people in costume. For those who have attended my talks, and heard me babble like a broken record about this, I never failed to repeat that exploring things outside of photography is best way to learn photography. I’ve gone as far as sitting in dress-making classes, and thinking of taking up make-up classes this year. Learning to do special effects is something I’ve always placed in my bucket list. To know the practical science is one, and shooting it is another.
Raffy and I have been doing this on a sporadic basis over the years, but we’ve limited innovation to what’s just needed for the current concept. I’m taking a different approach this time around and anticipating images as they come long so we don’t have to repeat reinventing the wheel so to speak. This should cut down on the shooting time for one idea altogether.
Yes, I am a die-hard fan of the Mythbusters. 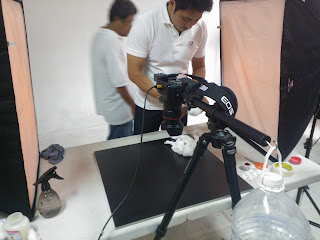 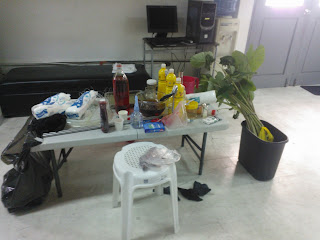