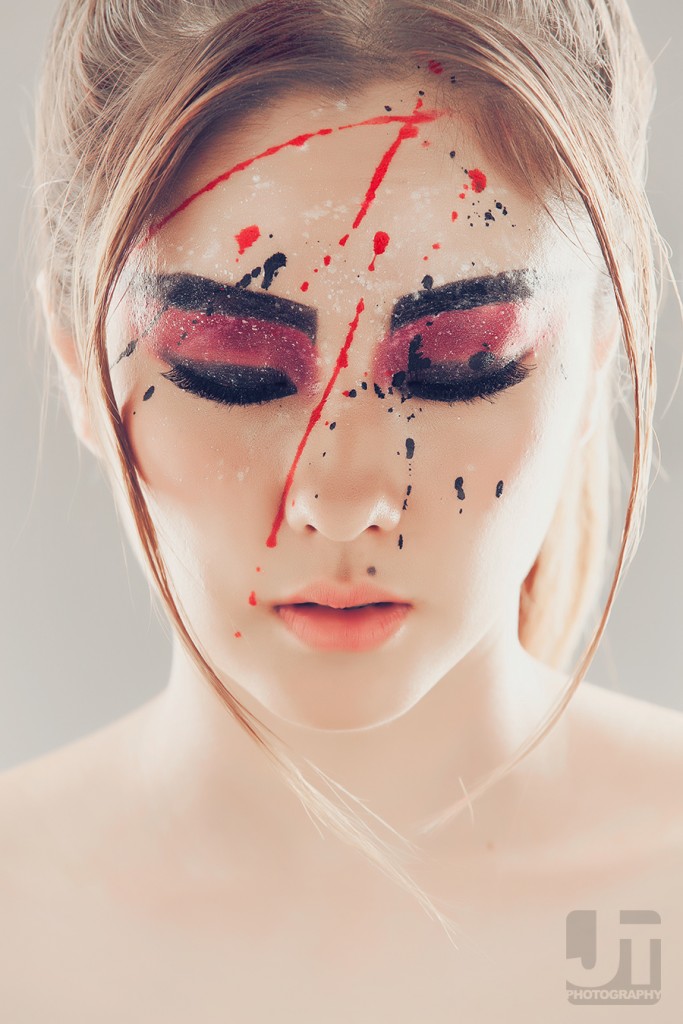 Got one of my favorite muses back in front of the camera. I just love experimenting shots with Jinri since she’s game with almost anything. This session, we wrapped up images we’re doing for the Ruin Your Childhood series, and did some extra stuff on the side. This post is about that extra stuff.

The fashion angle is something we don’t really get to do that often, so we did one for kicks. In hindsight, should actually do more fashion layouts with Jinri in more  shoots to come.

I would have admit the Miko Mido isn’t really from a ruined childhood origin, but it was something I know that would strike a chord with a particular set of fans. Those who wer A formal cosplay shoot of Miko Mido is in the works though, so that’s something you guys can watch out for.

The last layout we did was the paint splash beauty / head shot. It was something that popped in my head the night before and surprised Ara with if we could do a headshot inspired from Japanese masks. The paint splash thing was something she added in the end, and it gave that somewhat Samurai-ish feel to it alongside the clumped anime bangs.

As for the lighting, this is were we played around a little bit. It’s not your usual beauty shot lighting where lights are placed overhead, with a reflector underneath. This time, we’re reversing the formula, and aiming to get the highlights first then figure out how to get light back on our model’s face. More of that if you get to watch our self-produced slapped together amateur video. 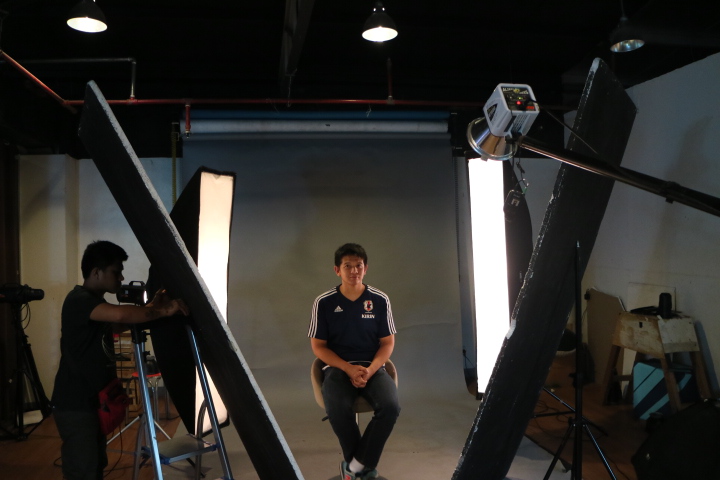 What is crucial though is having both sides of your lighting formation mirror each other.  I used two (2) big strip lights, and two (2) 4 x 8 ft. styrofoam boards acting as soft reflectors. They are placed in an X formation, with one reflector bouncing back the light opposite to it. The last light acts as a fill in front, and adjusted to personal taste. That uses a honey comb grid, the smallest one available (10 degrees). As for measurements, I first powered the strip lights enough to get a mid-tone measurement where their fall out is going to be on the model. From there, I adjusted the power 1.5-2 stops stronger. This would over expose the highlights creating that rim, but still retain some details on the skin as it tapers off towards the center. The reflectors are then put into place to bring back mid-tones into the center section of the face.

One thought on “Model Portfolio: Jinri”