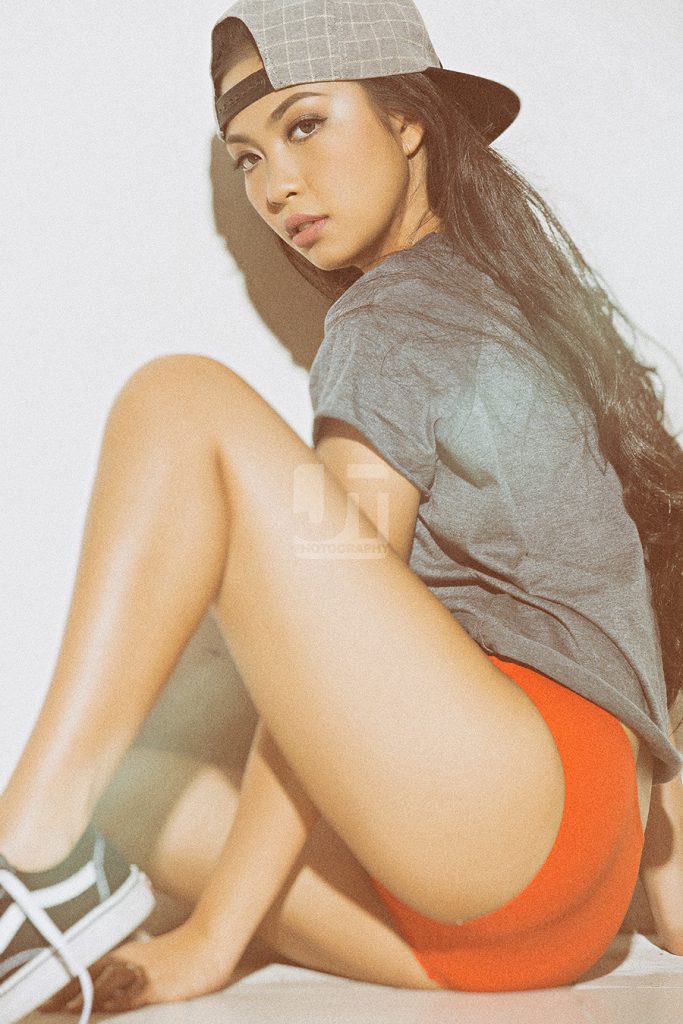 I worked with Alex a couple of years ago for a bikini calendar. She was one of those names that popped up again in my FB newsfeed, so I thought of contacting her for a shoot. It took awhile to get a common schedule because of work, but we managed some hours in the studio before an ad shoot later that evening.

For a good part of the shoot, I was working with a harsh one-light setup to get a more raw feeling from the images. All this took was a one light on a long-throw reflector placed at an angle of you choice, depending on where you want the shadow to fall in the shot. I opted for a long-throw so the light direction is focused, giving that sharp shadow line. You can immediately tell mine by just looking where the shadow hits the wall or ground. You can also use a regular reflector, if a long-throw isn’t at your disposal in the studio.  The Atari also makes a comeback from the my shoot with Jinri just for fun.