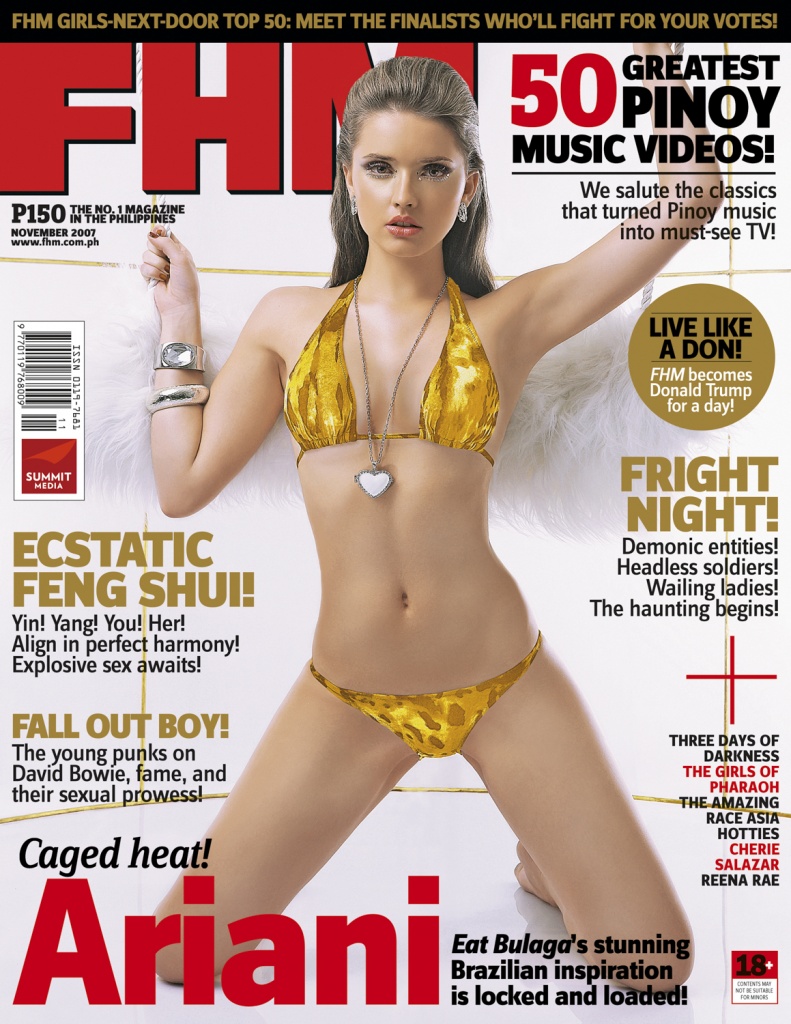 When people use to ask how I started, without skipping a beat, I would always say with magazines. It was through publications where you get your name and work out there, and for the powers-that-be to take notice. Since most ad agencies run print ads at that time, they were compelled to monitor their releases, and thus had to buy publications en masse. Doing editorial shoots was our way to get the attention of art directors and creatives who had the call of picking out the photographers for their campaigns.

The usual follow-up question was how do you get the attention of these editors? The quick quip was guts. I used to print my images in an 8R format, creating a collage depending on the theme, and publication I want to make an impression. I remember finally getting that break for FHM (10 years ago), when I put together all the shots I did for one bikini contest. It was one fateful call back from one of their editorial assistants asking for my availability to shoot so and so for a feature article. Elation was an understatement. I cleared up whatever schedule  I had for that day. I knew I had to make it good for the eyes of Paul (FHM’s art director).

The journey from the camera to the printing press is no easy feat. A claimed published work back then was the sign of a budding professional career. That meant the industry finally takes your work with a certain value. There’s a multitude of people and decision-makers that goes behind a publication, making the call if your work is worth their time and effort. So when it finally lands on the issued pages at the start of the month, there is a certain stature and satisfaction that come along when you can physically hold your work. When you land a cover, it meant you have arrived.

When Summit Media finally made that decision to cease print publication of their remaining titles, it was a bittersweet announcement. Bittersweet, but not surprising.

Online and eventually social media basically democratized the idea of “publishing”. Thanks to blogs, websites, Facebook and IG, anybody who has an idea can just hop online and start writing. I totally have nothing against it. Heck, you’re reading this off a blog even. All I’m saying is that technology has irreversibly changed the way we consume media.  I know that sounds like cliche thing to repeat, but as the largest publisher in the country moves into a totally digital space, it’s the final nail on the coffin for the medium.

When magazines in the US started folding up, I knew at the back of my head it would soon catch up locally.

Notes: I know there are still other publishers out there chucking out hard copies, but Summit Media for me still has the most impact in the local market. Eventually, most of my editorial work was done under their titles. Their decision to completely stop publishing physically is a tell-tale sign of the shift. I’m sure other publishers are going to follow suit in the near future.

Magazines were the playground / research lab for most professionals like me. It gave us the chance to experiment with looks and styles that might seem too far flung for commercial work. Once “proven” in their pages, only then they are legitimized for consideration in print-ads and posters. Hence the “Men’s Health” look was soon patented on the minds of creatives whenever they want to do a sporty campaign. Landing a fashion campaign meant having a pedigree of working with Preview, or Cosmo. Titles became synonymous to certain demographics in society and reflected not just its ideals, but also a certain aesthetics.

But alas, we are not here to lament over something that’s bound to happen. This piece is a gratitude to the people, and the medium that gave birth to countless careers for creatives. My deepest gratitude to all those writers, editorial assistants, and editors-in-chief in the industry who spend countless nights running after closings, and grammatical errors. I owe it to them for giving me a shot at a career in photography.

So I present to you all the covers I did back in the day. Long live the print medium.