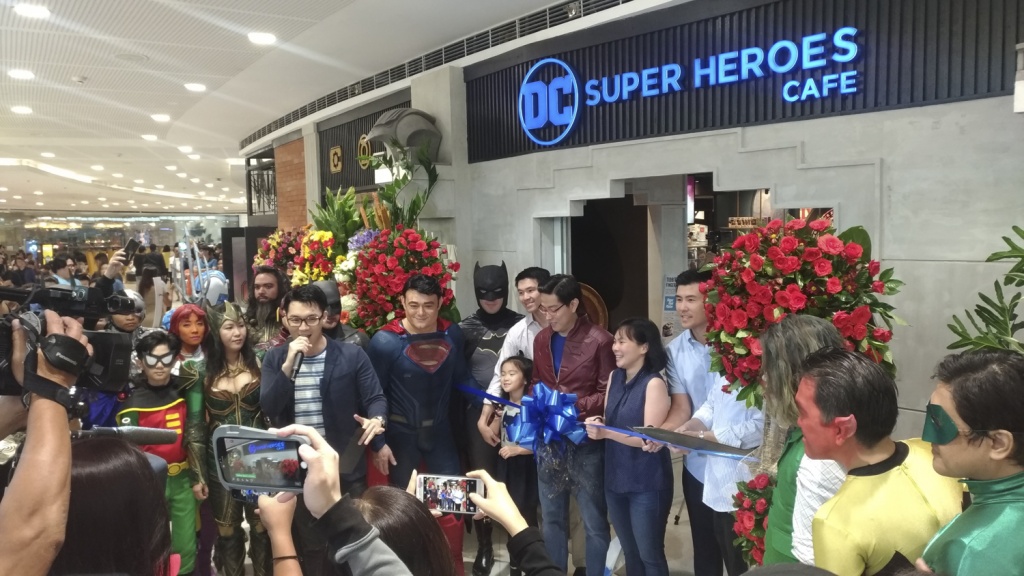 A rather late post, but newsworthy either way. I was invited last week to the launch of DC Superheroes Cafe, the first DC-themed restaurant in the country. And this isn’t just some comic-book theme place… but a solid expression of geekdom from restaurateur Edric Chua. The guy is a die hard DC fan, and coming up with a business based on his passion is something any fanboy can dream of.

For those who are familiar with the CW DC shows, you would immediately see the homage in the place from CC Jitters to Big Belly Burger. It’s like stepping into set of Berlanti-verse.

We were served with a motley serving of their staples from the main courses and desserts. I had to give up after the 2nd helping. The food obviously takes inspiration from popular DC characters. A solid pun was Arthur Curry.. a salmon dish named after Aquaman. It was fish on a curry sauce. Hahaha.

I spent most of the time walking around and chatting up friends who graced the events as well from cosplayers to comic book artists.

As of writing, they are still in soft launch operations, and opens at 6PM until 10PM. From what Edric told me, they would begin lunch service next week. Make sure you reserve your table before stepping in. Give the queue, walk-ins might have a hard time getting seated. I so want that Superman backpack. Photo dump after this sentence.