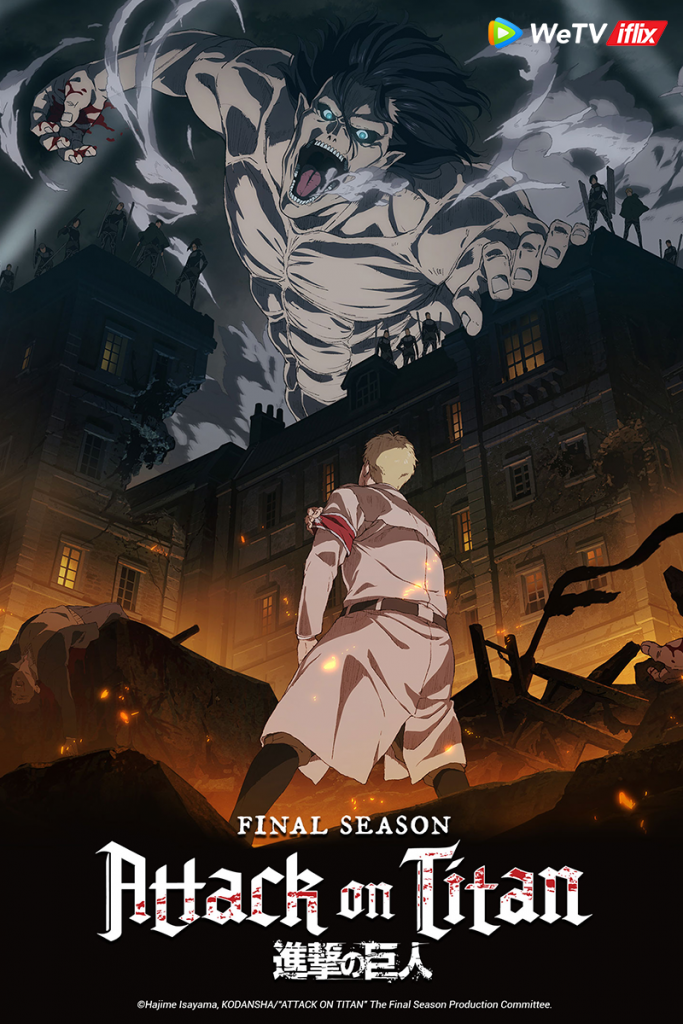 I just have small confession about watching anime. I binge watch. And what that means is completely ignoring the entire series until it ends, then in one go I would finish it. I was like for Attack on Titan for awhile, and I’m a huge fan. I loved the premise and the mystery of why those titans existed and what was humanity like prior to them?

Story pacing for most anime is quite slow and plays alot on the dialogue. They could all be talking their way through one episode up a tree with their arms cut off, and so on… That was where I left off with AoT. And then back chatter of how things were finally picking up in Season 4 came to head. It’s finally ending. I have to watch it.

You can catch Season 4 here.

All the while scrolling on WeTV, I picked up a few titles that might be worth to binge watch after AoT.

Full Time Magister. When you’re an aloof high schooler detached from most interactions, what do you do? Oh, just end up in a parallel dimension where science has been replaced with magic.

Soul Land. Tang’s clan outer sect disciple Tang San, who has quietly
mastered the inner sect’s greatest power, has jumped off the cliff to prove his loyalty. Using a different identity, he enters Soul Land – another dimension full of Martial Souls. It is believed that every child’s Martial Soul is awakened at the Martial Soul Temple when they turn six.

Swallowed Star. A catastrophe has occurred on Earth, triggering a mutation of the species. The stronger survived, while the weaker
became extinct. Luo Feng found himself among the more fortunate, as the heir or the Yunmo Star, becoming one of the three strongest people on the Earth. Despite the challenges he’s faced and the battling the dark forces, he is determined to do his part to keep the Earth safe.

The King’s Avatar. When it came to online gaming, Ye Xiu, was at the top of his game. But that did not stop him from being expelled from his team. From there, he went on to become a small network administrator. But that did not change the fact that he was one of the top gamers in the city. In the newly opened tenth district, he went back to his roots and rejoined the gaming world with a renewed determination to come out on top.

You get to watch all these nifty titles through WeTV! Download it through the Google Play or the App Store. Enjoy affordable subscription package of P 59.00 / monthly, P 159.00 quarterly and P 599.00 yearly.