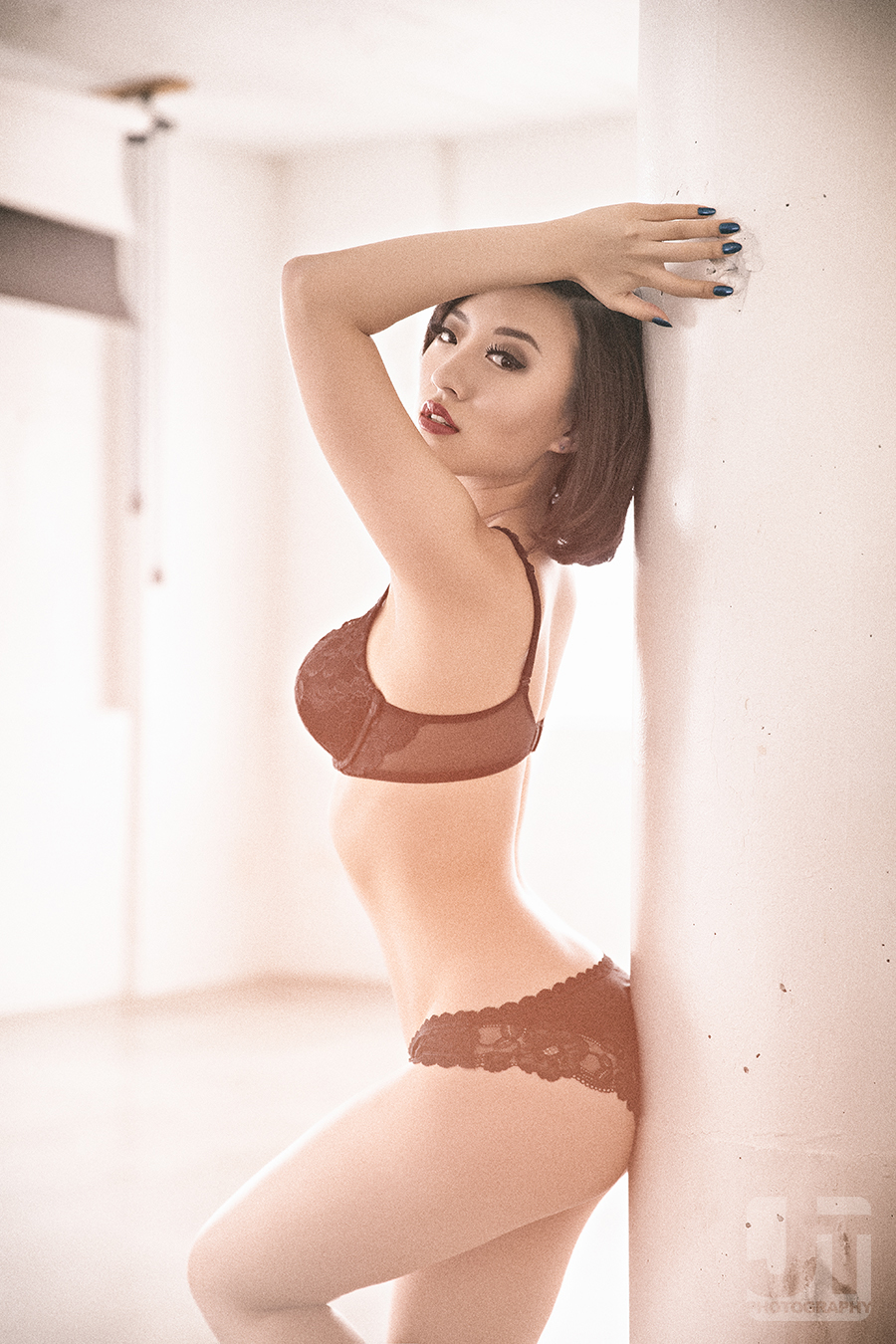 Putting up some glamour work I did when I visited the US last July 2015 for Anime Expo and SDCC. It so happened that I got connected with cosplayer / burlesque dancer extraordinaire Stella. We did this shoot during the last day of AX when things were winding down at the convention center. There was a nearby studio 10 minutes away, so we took the opportunity of doing the shoot that morning.

This was all done with natural light. I didn’t use the studio lights despite being in an actual studio. I never intended to use the studio lights anyways, while you had light this nice and soft. There’s something with the quality of light shooting a temperate region of the world as compared to the tropics. Given the rent in this studio is quite cheap (and I mean by cheap… comparable or even cheaper than Manila prices), you can’t expect much stuff in the place. it did have AlienBees for lights, which was the only plus factor.The light isn’t as harsh, and more consistent in color temperature over a longer span of time. Which meant I could have the same look and feel maintained over several hours.

Stella being a dancer worked to her advantage. She knows how to elongate her body and cheat height in front of the camera. Would love to work with her again when I head to the US this year for same conventions.  Stella has quite the following in the US cosplay scene too, and it also happens that she’s an accomplished burlesque performer in New York.

Good thing my friend Pat brought his reflectors. It was the only thing we used in this shoot.  I was intentionally over exposing my settings to have that slight high key effect overall.
Given Stella’s dancing background, having her contort in all sorts of poses was easy. Not to mention her form is so awesome to shoot. She knows her body very well.